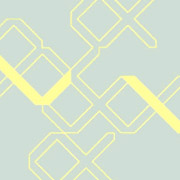 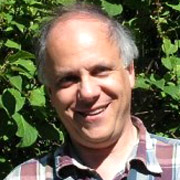 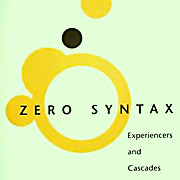 David Pesetsky, Ferrari P. Ward Professor of Modern Languages and Linguistics, has been named a Fellow of the American Association for the Advancement of Science (AAAS). Five other distinguished members of the MIT community were also elected to the AAAS this year. (See MIT News).

Pesetsky, who is also Margaret MacVicar Faculty Fellow, was chosen for “his innovative and critical research on syntactic theory, connecting it to issues in phonology, morphology, reading, language acquisition and neuroscience, and for his contributions to linguistic education at many levels.”

Q & A with David Pesetsky
What does the study of linguistics tell us about how we think?
Why is the idea of Universal Grammar controversial?
More

This study investigates the types of movement and movement-like relations that link positions in syntactic structure. David Pesetsky argues that there are three such relations. Besides overt phasal movement, there are two distinct types of movement without phonological effect: covert phrasal movement and feature movement. Focusing on wh-questions, he shows how his classification of movement-like relations allows us to understand the story behind wh-questions in which an otherwise inviolable property of movement—"Attract Closest"—appears to be violated. By demonstrating that more movement takes place in such configurations than previously suspected, he shows that Attract Closest is actually not violated at all in these cases. This conclusion draws on recent research in both syntax and semantics, and depends crucially on Pesetsky's expanded repertoire of movement-like relations. 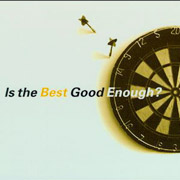 Recent developments in linguistic theory have led to a reconsideration of the role of optimality in the overall architecture of the grammar. Emerging from this research is the idea that different components of the grammar interact to yield the best choice from a set of candidate derivations. This idea departs from traditional approaches to the output of linguistic levels in generative grammar, in which rules, principles, and constraints interact to determine the grammatical status of each linguistic object independent of the status of possible competitors.

In the past five years, interest in the linguistic role of optimality has been sparked by the sharpened notions of "economy" in Chomsky's Minimalist Program and by Prince and Smolensky's Optimality Theory, originally developed for phonology. Work on these ideas has raised many new questions. These include new versions of an old debate between constraints on derivations and constraints on representations, and entirely new questions about the nature of the candidate set, as well as questions about learnability and computability. Writing from a broad range of empirical and theoretical perspectives, the contributors to this volume examine the role of competition in syntax and in syntactic interfaces with semantics, phonology, and pragmatics, as well as implications for language acquisition and processing.

The analysis and theory developed in Zero Syntax is an important contribution to the understanding of Universal Grammar. The overriding theme is the notion that the availability and syntactic positioning of arguments is not a matter of chance but arises from laws governing the structure of lexical entries and from laws governing syntactic structures themselves. Along the way, Zero Syntax also examines issues of broad significance to current theoretical linguistic research in syntax and lexical semantics.

Zero Syntax develops two main topics: a simple view of syntactic linking regularities that it defends in the domain of Experiencer predicates (predicates such as "annoy"), and a theory of syntactic constituency that involves two parallel modes of structural organization (one of which is the Cascade syntax). The theme that ties these issues together is the supposition that phonologically null ("zero") morphology is present in structure, detectable through its syntactic and morphological consequences.

The arguments in Zero Syntax will be relevant to debates about such issues as empty elements in syntax and morphology, whether syntactic structures should be binary branching, the structure of double-object constructions, and whether verbs have multiple meanings related by lexical rules or abstract/general meanings that are ambiguated in particular constructions.