New prize from the Center for Bilingual/Bicultural Studies
honors cross-cultural fluency — an ability key to leadership
and success in today's global world.

Rambeloarison's first place essay reflects the scope and spirit of the new prize
“If the wrong comment falls into the wrong ear, you could find yourself in prison,” Muriel L. Rambeloarison, ’11, writes of her home country, Madagascar. It may seem wise, therefore, to stay silent, though silence too has its price—a point she illustrates powerfully in her personal essay, “Silence.”

“‘Silence’ is not only a moving and well-crafted essay, but reflects beautifully the scope and spirit of the prize,” said center co-director Kym Ragusa, who is also a lecturer in Writing and Humanistic Studies. “Her use of French and English illustrates the complexities and challenges of writing about both personal and collective history in diaspora and in translation.” 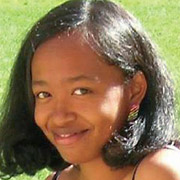 Muriel Rambeloarison: MIT humanities classes encouraged
me "to ask myself questions that I was taught not to ask myself.
It was a bit of a rebellion in my brain—and it was enlightening!”

Prize honors Professor Emerita Isabelle de Courtivron
A co-founder of the center and former head of the Foreign Languages and Literatures Section, de Courtivron retired last year. “Isabelle has always been firmly convinced that our students, so many of whom have bicultural and/or bilingual backgrounds, have an important new perspective on issues of cultural identity today,” said Emma J. Teng, the T.T. and Wei Fong Chao Professor of Asian Civilizations and a co-director of the center. “There was no more fitting way to pay tribute to her years of service at MIT than to found a student prize.”


Xinzhu Wang's essay explores identity and global migration
The many impressive competition entries included essays on Iranian hip hop, immigration in Switzerland, and the experiences of Mexican-Americans, said Teng, who judged the competition with fellow center co-directors Ragusa and Arundhati Tuli Banerjee, who is also MIT’s Director of Global Initiatives.

“We found the submissions so compelling that we wanted to give everybody a prize,” Teng said. “Finally, we settled on having a winner and a runner-up.”  Xinzhu Wang, ’12, was named runner-up for her essay, “My Food Basket: A Collection of Culture.”

“Through the experience of eating, of longing for familiar tastes and exploring new ones, she illustrates the complex and subtle shifts of personal, regional, and national identities,” Ragusa said. “Xinzhu's essay impressed us in its thoughtful and creative exploration of the complexities of identity, global migration, and cultural exchange.” 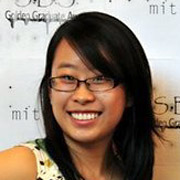 Xinzhu Wang: “Humanities classes help you to think
in a different dimension and to consider broader issues."

Finding words for complex and subtle realities
Rambeloarison’s winning essay focuses on her struggle to cope with her mother’s cancer while political unrest is roiling Madagascar. “I could not say anything about it,” she writes. “I did not have the correct words.”

She has found her words now. “Muriel’s exploration of life during a series of military coups in Madagascar is seamlessly interwoven with a meditation on her mother's illness and the process of coming to voice, of daring to speak provocatively and creatively to those experiences,” Ragusa said. 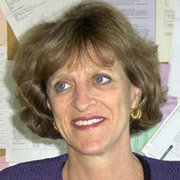 "Isabelle de Courtivron has always thought that
our students, have an important new perspective
on issues of cultural identity today."

Gaining broader perspectives on the world
In her essay, Wang writes, “I believe one of the reasons there is so much violence in the world is because so many people can’t see the other side of the story—they can only see their own.” Born in China and raised in Israel and the United States, Wang said she was surprised to discover in a literature class that many MIT students also have nontraditional backgrounds. “We had a final presentation at the end of class where everyone shared their paper ... [and it] opened my eyes to how diverse the student body is.”

Teng said, “What we valued about both [winners] is that they addressed broader social issues.” Most of the contest entries—including both prize-winners—were originally crafted for classes within the School of Humanities, Arts, and Social Sciences, she added.


From the humanities, new thinking capacities
“I think humanities classes help you to think in a varied manner ... to think in a different dimension [and] consider broader issues,” said Wang, who is studying materials science and engineering, as well as management science. “After taking Professor Teng’s class [Exploring Identity Through Asian American Literature], I realized that I really like literature, books, and writing,” she said. “Humanities classes encourage you to address issues you normally don’t think about.”

Rambeloarison, who is about to receive her bachelor’s degree in electrical engineering and computer science, wrote her essay for a course called "Writing about Race." The class, she says, encouraged her to "ask myself questions that I was taught not to ask myself.  It was really a bit of a rebellion in my brain. And it was enlightening.”


Gaining cross-cultural fluency
“In an age of a globalizing workforce, it is ever more crucial for students to learn how to communicate across cultures, and to respect diverse cultural viewpoints,” said Teng, who is also co-chair of MIT’s Committee on Race and Diversity. “Reading, and writing literature that expresses bicultural (or even tri-cultural) perspectives is a key means to gain cross-cultural fluency. More and more we are finding that ‘third culture kids,’ who have had experiences living in multiple cultures, have an edge over their monocultural and monolingual counterparts. Bicultural/bilingual perspectives can help you relate to complexity and ambiguity—also crucial for today’s world.”

The winners earned cash prizes for their work and were honored at a luncheon on May 13.