School in the News | August 15, 2011
Media reports from around the world 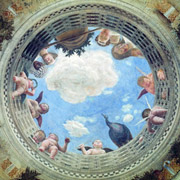 Bloomberg | August 05, 2011
It is briefly stated in this piece about the Federal Reserve's assessments of and forecasts for the US economy that David Stockton, director of the Fed’s Division of Research and Statistics, "will be succeeded by David Wilcox, 52, a Massachusetts Institute of Technology Ph.D. who has worked at the Fed Board since 2001."
Read More

Bloomberg Businessweek | August 10, 2011
"Federal Reserve officials are drafting rules for the biggest U.S. banks that won’t be more stringent than international capital standards agreed to in Basel, Switzerland, according to a person familiar with the discussions." MIT's Simon Johnson is briefly quoted.
Read More

Bloomberg Businessweek | August 08, 2011
"The Federal Reserve said D. Nathan Sheets quit as the central bank’s chief international economic adviser after almost four years in the position and a day before policy makers meet...Sheets, who like Bernanke earned a Ph.D. in economics from the Massachusetts Institute of Technology, joined the Fed as an economist in 1993."
Read More

Boston.com | August 12, 2011
MIT's Charles Stewart is quoted in this article about the unpopularity of Congress, now and throughout history. This piece originated with The Washington Post.
Read More

Economic madness and the new austerity

Peter Diamond on the job crisis, the deficit and what Congress and the Fed can do