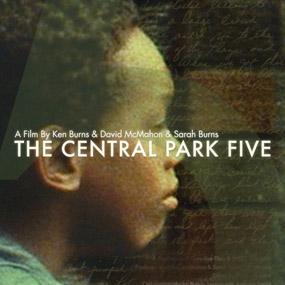 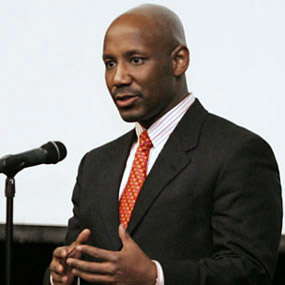 "We have the language and the social rituals for
dehumanizing and criminalizing the poor, and for
legitimating vengeance against people we choose
to fear. We have no such apparatus for correcting
the injustices that result from these moments."

Professor Craig Wilder, head of the MIT History Section, served as a consultant on the new Ken Burns documentary, "The Central Park Five.” He also appears in the film, providing historical perspective on the shocking events that began 23 years ago, on April 19, 1989, when a jogger was raped and severely beaten in New York’s Central Park; the five teenage boys who were subsequently convicted of the crime were exonerated in 2002, after another man confessed to the crime. Their convictions were vacated by the New York Supreme Court on December 19, 2002. We spoke with Wilder about what makes this story relevant today.

Q:  Why do you think it’s valuable to revisit this case now?

Wilder:  I think that we have to revisit these events—no matter how painful that process might be—to challenge the entrenched and embedded inequities of our system. We often reflexively declare that such events are isolated, random, and rare. The long history of state violence and the long history of unequal treatment before the law that envelopes the lives of the poor, particularly poor black and brown people in the United States, demands our attention. We are ultimately responsible for the system that reproduces these injustices.


Q:  The “Central Park Five” were sent to prison when they were still children — 14–16 years old — and exonerated only after serving long prison terms. Yet, as you say in the film, "Their innocence never got the attention that their guilt did." Why do you think that is?

Wilder: Our society is practiced at exploiting racial animosities. We have the language and the social rituals for dehumanizing the poor, for criminalizing them, and for legitimating vengeance against people whom we choose to fear. We have no such apparatus for correcting the injustices that result from these moments.

"We can't run away from the past—it follows us.
Consulting on the film was an incredible, although
tense, learning experience for me as a black man
who came of age in New York City during this era."

Q:  It’s easy to see the racist implications of this story, which caused an unprecedented uproar both because of who was attacked (a young, professional, white woman) and who was charged (black and Latino youths the media labeled a “wolf pack”). Yet, rather than simply pointing fingers at the white establishment, you have implied that the bottom line is that all human beings are flawed. In what ways does the message of this film transcend race?

Wilder: To blame everyone is to blame no one. I'm not making a choice between blaming the political and judicial establishments and blaming the entire society. I point my finger directly at the New York Police Department, the District Attorney's Office, the mainstream media, etc. I also think that citizens have an obligation to hold our public institutions accountable.

Ordinary people participated in the frenzy around this case—the rabid and unseemly exploitation of its violent sexual themes and apparent racial implications—and ordinary people have a moral duty to take responsibility for the injustices that were carried out in their names. The point that I was making in the film is that it is not good enough for us to blame these institutions; we, as citizens, also have to take responsibility for them.

Q:  Can you share what perspective you brought to this project from your work as a history professor at MIT as well as your role as a visiting professor with the Bard Prison Initiative?

Wilder: History faculty members often wrestle with difficult, divisive, and ugly social realities. Teaching history is not about making people feel badly about the past, but it is very much about honest engagement with that past. I want audiences to see the film. When I was invited to consult on the project, I agreed in large part because there were parts of this tragedy that I wanted and needed to resolve myself.

We can't run away from the past—it follows us. Consulting on the film was an incredible, although tense, learning experience for me as a black man who came of age in New York City during this era. [Directors] Ken Burns and Sarah Burns do a wonderful job of not letting us off the hook. This is a very courageous film that benefits from the filmmakers' willingness to take risks and challenge the audience. 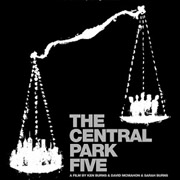 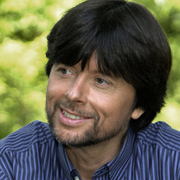 Friday December, 14, 2012
Filmmakers/producers Ken Burns and Sarah Burns will appear for a Q&A after the 6:35pm show.

Saturday, December 15, 2012
Filmmakers/producers Sarah Burns and David McMahon and film subject Raymond Santana will appear for a Q&A after the 6:35pm show.