Alan Lightman on science, religion, and the universe

"With echoes of Calvino and Saramago, Mr. g celebrates
the tragic and joyous nature of existence on the grandest
possible scale."

Mr. g
“'As I remember, I had just woken up from a nap when I decided to create the universe.'So begins Alan Lightman’s playful and profound new novel, Mr g, the story of Creation as told by God. Barraged by the constant advisements and bickerings of Aunt Penelope and Uncle Deva, who live with their nephew in the shimmering Void, Mr g proceeds to create time, space, and matter. Then come stars, planets, animate matter, consciousness, and, finally, intelligent beings with moral dilemmas. Mr g is all powerful but not all knowing and does much of his invention by trial and error.  Ron Charles of the Washington Post calls the book, “a scientific vision laced with the mirthful aura of divinity.”
Mr. g | Pantheon, 2012

The Atlantic
Interview with Alan Lightman about Mr. g

"Dramatic developments in cosmological findings and thought have led some of the world’s premier physicists to propose that our universe is only one of an enormous number of universes with wildly varying properties, and that some of the most basic features of our particular universe are indeed mere accidents—a random throw of the cosmic dice. In which case, there is no hope of ever explaining our universe’s features in terms of fundamental causes and principles."
The Accidental Universe | Harper's Magazine

Does God Exist?
In an essay in Salon magazine, Lightman asks "Does God exist? "But if science is the religion of the 21st century, why do we still seriously discuss heaven and hell, life after death, and the manifestations of God? Physicist Alan Guth, another member of our salon, pioneered the Inflation version of the Big Bang theory and has helped extend the scientific understanding of the infant universe back to a trillionth of a trillionth of a trillionth of a second after t = 0. Another member, biologist Nancy Hopkins, manipulates the DNA of organisms to study how genes control the development and growth of living creatures. Hasn’t modern science now pushed God into such a tiny corner that He or She or It no longer has any room to operate — or perhaps has been rendered irrelevant altogether? Not according to surveys showing that more than three-quarters of Americans believe in miracles, eternal souls and God."
Does God Exist? | Salon

Presentation at the Boston Athenaeum
January 26, 2012

Video: Lightman on art and science 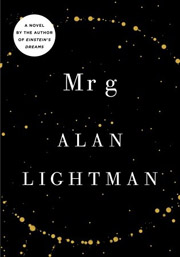 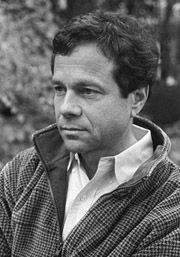