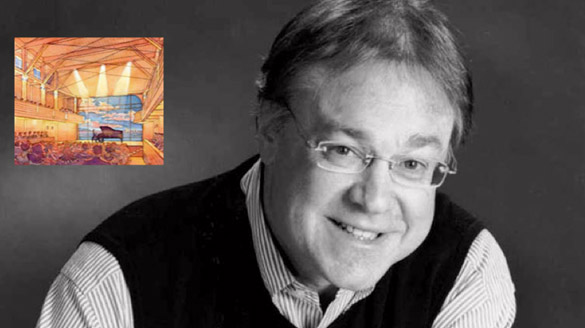 An Amazing Success
The conclusion last night of Rockport Music’s 31st Chamber Music Festival, the third in the Shalin Liu Center, gave this reviewer cause to reflect on the amazing success of that enterprise. Under the leadership of Artistic Director David Deveau and recently retired Board Chairman Thomas Burger, RM advanced in seven years from a six-week summer festival in rented digs to a premiere year-round presenter in one of the finest auditoriums in the country. This season began with the announcement that all of the construction debts had been retired. And this $20-million-plus undertaking was accomplished within the community of a small town. A third virtually sold-out season is yet another testament to just how amazing this is.

Nightfall in Sandy Bay
The Jupiter String Quartet, consisting of violinists Nelson Lee and Megan Freivogel, violist Jonathan Vinacour substituting for Liz Freivogel, and cellist Daniel McDonough, got to work in their summer whites in front of the familiar scene, nightfall in Rockport’s Sandy Bay. (Note to the harbormaster: Please see to it that there are more stately sailing craft moored in the in the bay for these concerts. You can allow motorboats for folk, pops and jazz events.)

Stately beauty of tone and individuality
The concert began with an ultra-refined account of Mozart’s String Quartet in E-flat Major, K. 428. Composed in 1783, it is even more chromatic than the more famous “Dissonance Quartet” composed two years later. The manner in which the foursome conveyed the sometimes elusive harmonies was both vivid and seamless, thanks in part to their uncanny tuning in the sometimes very surprising twists. Each quartet member displayed a stately beauty of tone and individuality, yet the ensemble’s cohesiveness was at the highest level. The performance was a patient one. Climaxes were not leapt upon. Hesitations and sly surprises abounded. Even the gallopingly fast moments never felt rushed in this reference performance.

Steady profundity
One could characterize the Jupiter’s take on the Ravel Quartet in F Major as pointillist with warmth. Again their patience counted. There was a sense of a time-lapse unfolding and an inevitability to their every gesture. The pizzicato and tremolo sections were impeccable yet differentiated enough never to sound relentless. And the great diminuendo-ritardando at the end of the piece was carried out with the steadiest profundity this reviewer has ever heard. It was an altogether top-drawer combination of opulence, color, and power.

Deveau and Dvořák
Deaveau joined the quartet for Dvořák’s Piano Quintet in A Major, op. 81, for the evening’s and season’s finale. Deveau’s work as a pianist is just as noteworthy as his success as an administrator. His performance at the end of what must have been a grueling few weeks for him was vintage Deveau—Gallic shrugs alternating with gypsy fire.

A great evening in a magnificent space
In the Dvořák, the Jupiter adopted a sound both brighter and broader than in the first half of the program. Clearly we had dancing peasants rather than minuetting aristos. It was immediately apparent that the quartet was inhabiting a grittier sound world. But then why would one expect or desire Mozartian or Ravelian refinement in a work with a movement entitled "furiant"? Furthermore, when a piano is added to the mix, a quartet needs to play in equal temperament. That means that their ability to play absolutely pure intervals is limited to octaves. Yet there was a fine orchestral intensity to the interaction of piano with strings. Deveau’s trademark pellucidity and willingness to blend gave an orchestral quality to the collaboration. The audience concurred in my assessment: A great evening of chamber music from top players in a magnificent space. 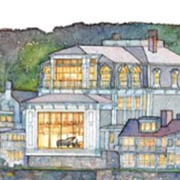 Lee Eiseman is the publisher of the Intelligencer.