“MIT teaches some of the brightest people there are, and I want to help prepare them to encounter the many diverse populations of the world. I’m passionate about highlighting underrepresented voices.”

The MIT Excellence Awards recognize staff members who have gone above and beyond to fulfill the goals, values, and mission of the Institute. González, one of 19 individuals and teams honored this year, was cited for her “tireless commitment to equality.”


Dedication to excellence
“Heidy's hard work and dedication to diversity—and general excellence in all that she does—is well known to those of us who work with her, and it is nice to see her get the recognition and reward that she so richly deserves!” said Susan Mannett, Director of Human Resources  for the School of Humanities, Arts, and Social Sciences.

“Heidy deeply deserves this honor,” said Sally Haslanger, Professor of Philosophy and WGS director, who nominated González for recognition. “She does so much for the Women’s and Gender Studies program.”

Of her award, González said, “It is really nice to be acknowledged by the Institute. I would like to say that the Director has been an amazing support for me in this position; it’s thanks to Sally's guidance and support that I’ve been able to take advantage of so many opportunities.”


A creative, inclusive worldview
As Program Coordinator, González is involved in all the day-to-day WGS program tasks, including general office and budget administration as well as event planning. “But Heidy goes far above and beyond,” said Haslanger.

Notably, González initiated and co-organizes (with Andi Sutton) the Women’s History Month film series Women Take the Reel, held annually in March. “She makes sure the series presents women of color, queer women, and not only women but other groups too," says Haslanger.  "She includes a great range of films that take up hard questions, and she arranges for faculty to come in to discuss the issues raised.”


Cultivating safety, well-being, and awareness
González also serves as an advisor to first-year students in Spanish House, helps organize Sexual Assault Awareness Week, and has worked closely with the Graduate Consortium in Women’s Studies to involve other universities in Women Take the Reel.

During the Excellence Awards ceremony, González was also recognized for her work on creating safe spaces for LGBTQ students in the classroom, for her sensitivity to the needs of the disabled, and for supporting the efforts of the End Violence group organized by the Technology and Culture Forum.

Kate McCarthy, the Program Director of Violence Prevention and Response and Program Manager for sexual health at MIT Medical, said she works closely with González and was delighted to learn of her award. “I’m very excited that’s she’s won,” McCarthy said. “Heidy has passion and energy and she puts it all into doing the best job possible."


Helping MIT educate citizens of the world
Noting that she collaborates with González to raise awareness regarding sex and sexuality, violence and violence prevention, McCarthy commented, “These aren’t topics people are always comfortable with, but Heidy gets to students at the intellectual level, and draws them into the emotional piece—and that’s valuable. It helps people become whole and holistic citizens of our world.”

“MIT teaches some of the brightest people there are, González reflects, "and I want to help prepare them to encounter the many diverse populations of the world. I’m passionate about highlighting underrepresented voices.” 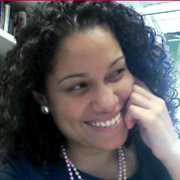