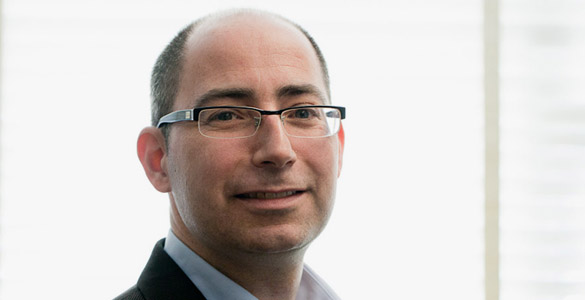 "It is impossible to do justice to Dave’s generosity
as a teacher and adviser...Perhaps the best of his
many ways of teaching is by example."

Historian and physicist David Kaiser has been selected to receive the Frank E Perkins Award for Excellence in Graduate Advising. Kaiser is the Germeshausen Professor of the History of Science, Director of the Program in Science, Technology, and Society, and a Senior Lecturer in the MIT Department of Physics.

Nominations for the Perkins award come from graduate students themselves and the following passage from the announcement letter conveys their deep enthusiam for Kaiser's selection:

"Your nominators blew the review committee away with their heartfelt acknowledgment of your service and dedication to graduate advising and the success of all graduate students in your department.  This excerpt from a nomination captures the spirit of why the selection committee chose you.

And he is simultaneously humble, knowing that turning a raw graduate student into someone capable of being a professor means teaching them how to give advice as well as take it. So he asks his advisees, early and often, for comments and feedback on his own work, and takes their suggestions seriously, asking them to go over his draft with him as if they were the teacher and he the student. It is impossible to do justice to Dave’s generosity as a teacher and adviser, but it was only after that private glimpse of how hard he works that I truly appreciated the magnitude of his selflessness. Perhaps the best of his many ways of teaching is by example."

How the Hippies Saved Physics
by David Kaiser, W.W. Norton, 2011