“This is the intellectual version
of the slow food movement.”

MIT medievalist and literary scholar Arthur Bahr is excited about teaching the Institute’s engineering and science students—not least because he gains fresh perspective on his own historical field from conversations with people immersed in inventing the future.

MIT’s world-class engineering/science atmosphere attracts many humanists, artists, and social scientists like Bahr, an Associate Professor of Literature, who relish the experience of teaching in a university that fosters collaborations across disciplines. Helping to share and extend that MIT tradition is now at the core of an innovative conference that Bahr helped produce recently for the Babel Working Group.


Life beyond the silos

At “Cruising in the Ruins: The Question of Disciplinarity in the Post/Medieval University,” scholars from several fields grappled with large, compelling questions—as a way of exploring a proposition articulated by Bill Readings in The University in Ruins: that today's universities could generate even better research and pedagogy by encouraging a “rhythm of disciplinary attachment and detachment.”

Based on his experience at MIT, Bahr says, “Shaking up narrowly defined disciplinary silos can have real benefits.” He notes, for example, that he gained fresh insight into Shakespeare’s sonnets by answering an engineering student’s technical query: Why did Shakespeare use that poetic form? The question led to an engaging classroom exercise in which students attempted to rewrite the poems in prose—learning by doing the literary virtues, the benefits, of the sonnet form.

“What you need, in addition to niche specialization, is many different kinds of opportunities for that ‘aha moment’ to strike you," Bahr says. "MIT’s students give me lots of those opportunities because they come at literature from such a different vantage point; hopefully those of us in the humanities help push them, too. As we realize more and more aspects of the world’s complexity, it’s crucial to remember that none of us is capable of fully perceiving [everything] on our own.”

Bahr is also an active member of the Babel Working Group, an international organization composed of medievalists primarily, whose mission is to catalyze more cross-disciplinary alliances among scholars from the sciences, humanities, arts, and social sciences.

At the Babel conference “medievalists, humanists of all stripes, scientists, social scientists, and artists” explored a series of ideas in three plenary sessions: one titled “The Deep and the Personal: The Earth, Time and Thought,” and two that consist of paired talks—“(Un)earthly Paradise” with "What’s Art Got to Do With It?” which addresses conceptions of art and beauty from Eden onward; and "Sympathy as Material Power" with "How the Hippies Saved Physics,” which juxtaposes the medieval with a more modern view of physics.

These and myriad other conference sessions paired medievalists with scholars from other fields—including geology, physics, history, literature, and political science—and the sessions intentionally took on audaciously large questions, ranging from “What is critical thinking” to “What is the relationship between Earth and life on Earth?

The BABEL conference paired medievalists with scholars from
other fields—including geology, physics, history, literature,
and political science—and the sessions explored audaciously large
questions, ranging from “What is critical thinking” to “What is
the relationship between Earth and life on Earth?

The goal of the conference was to be both provocative and fun—allowing intellectuals to simply soak up and enjoy each other’s contributions. “It can be valuable to take a day and just not think about problem sets,” Bahr says. “This is the intellectual version of the slow food movement.” It’s important to remember, he adds, that “there isn’t a straightforward, linear path to the most crucial scientific breakthroughs.”

Learning how to engage in productive interdisciplinary dialogues—while remaining grounded in one’s own field—is critical, Bahr says, to sustaining universities as places that give students a multi-dimensional education with depth and breadth.

“To MIT’s great credit, it does that,” Bahr adds, praising the Institute for designing an education that emphasizes modes of knowledge from science, humanities, arts, technology, and social sciences.

On this subject, Deborah Fitzgerald, Kenan Sahin Dean of MIT’s School of Humanities, Arts, and Social Sciences, says “MIT understands that generating solutions for great challenges requires both technical and scientific creativity, and an understanding of the world’s political, cultural, and economic complexities. A primary goal at MIT SHASS is to empower young engineers and scientists with critical thinking skills, and the cultural, aesthetic, and historic perspectives they need to navigate the contexts in which they will work—so their vital innovations can succeed."

Bahr agrees, “One aim of the Babel conference” he says, “was to share that MIT approach with a wider audience.” 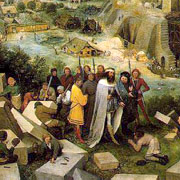