“A sea change is underway in how people learn
about science. One of our goals is to ensure that MIT
remains on the vanguard of public science education.”

THE WORLD OF SCIENCE ENGAGEMENT includes the many ingenious efforts to engage the general public with understanding and doing science. One measure of the success of this field is its cultural acceleration over the past few years, expanding from pioneering outreach works — such as the television show NOVA — to include open-mike-type live chats with working scientists, YouTube videos, edgy blogs, and science-themed music by popular artists.

Practitioners gather at MIT to assess the field

Held September 22–24 at MIT, the “Evolving Culture of Science Engagement” event brought science writers, museum leaders, and philanthropists together with bloggers, artists, academics, and scientists to discuss such topics as storytelling, participatory engagement, and the role of science in everyday life. Designed as a working meeting, the event featured short talks and panels followed by open discussion and brainstorming.

“We’re living in a period of great richness of experimentation both in form and content in science outreach,” says John Durant, director of the MIT Museum and Historical Collections and an organizer of Evolving Culture of Science Engagement workshop. “That seems to us to be worth noticing, worth lauding, and here at MIT worth serious investigation.”

“There is a sea change going on in how people learn about science,” says Professor Thomas Levenson, director of MIT’s Graduate Program in Science Writing and another organizer of the workshop. “One of the goals of this workshop was to ensure that MIT remains on the vanguard of public science education.” 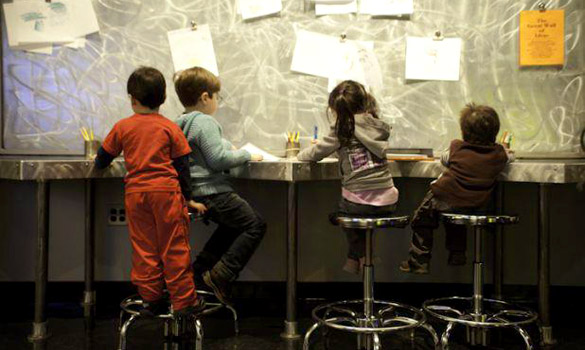 MIT is home to several major academic initiatives and programs related to increasing the public understanding of and engagement with science — many of them housed within the School of Humanities, Arts, and Social Sciences (SHASS). These include the Graduate Program in Science Writing; the Knight Science Journalism Fellowships; and the Program in Science, Technology, and Society (STS). The Institute is also home to the MIT Museum; a year-round public resource whose staff took the lead in founding the Cambridge Science Festival, a nine-day annual event attended by upwards of 40,000 people.


A hub for science outreach

These established MIT programs are now exploring ways to take a yet more coordinated approach to the fast-changing world of science engagement. “We are looking for ways to create a hub or center that can more fully organize the wealth of talent and information that exists at MIT,” says Levenson. “The conference was one way to start that collaboration.”

“For a long time, public science communication was all about ‘We’re going to tell you what we think you should know,’” Levenson says, noting that times have changed as more people have become involved in actively creating communications, in making and sharing information. “At this event, we wanted to find out what people know about how to do effective work in a rapidly changing environment.”

Many workshop attendees also joined in Story Collider, a science storytelling event that was open to the public. Four workshop participants regaled the audience with comic and dramatic tales of how science has played a role in their lives; others chatted with audience members to investigate what drew them to the event and what they liked about it.

“One goal of this workshop was to get a sense of the range of what’s happening and exciting today,” said David Kaiser, the Germeshausen professor of the history of science, senior lecturer in physics, and head of STS. “Another goal was to connect many related communities and get them talking to each other.”

In addition to Levenson, Durant, and Kaiser, the workshop was organized by Ben Wiehe, manager of the Science Festival Alliance; and Peter Linnett, the founder of Culture Kettle, a nonprofit incubator for innovation in public engagement with the arts and sciences.

Support for the conference