Path-breaking historian Pauline Maier dies at age 75
MIT professor’s work illuminated the richness and complexity of Revolutionary-era America and the origins of democracy in the U.S. 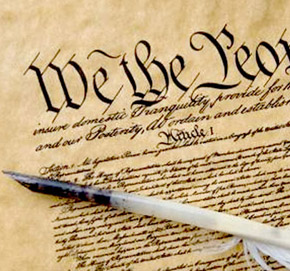 “One of the key intellectual figures in her field, Pauline was also a leader at MIT — a great historian and scholar who understood the pulse of the Institute and helped guide and improve our community in profound ways. We will miss her enormously."

The eminent historian Pauline Maier, a treasured member of the MIT SHASS community over thirty years, died August 12 in Cambridge, Massachusetts after battle wtih lung cancer. Her award-winning books cast new light on Revolutionary-era America and the foundations of U.S. democracy, and her dedicated teaching influenced generations of scholars.

Maier, who served as the William Kenan Jr. Professor of History at MIT, had been a member of the Institute’s faculty since 1978. Her work often recast conventional wisdom about 18th-century America, reconstructing long-forgotten public debates over the Declaration of Independence and the U.S. Constitution while bringing crucial figures in American political history into sharper focus.

Maier’s best-known books include American Scripture: Making the Declaration of Independence (1997), a finalist for the National Book Critics Circle Award, and Ratification: The People Debate the Constitution, 1787-1788 (2010), winner of the George Washington Book Prize. Both works demonstrated the vitality of local and state-level political debates at the nation’s founding.

Even as Maier’s work brought textbook accounts of American history into question, she herself engaged the greater public by writing new history textbooks for college students and younger students alike — part of a career-long commitment to making history vivid and accessible for all.

“We are deeply saddened to hear of the death of Pauline Maier,” said Deborah Fitzgerald, the Kenin Sahin Dean of the School of Humanities, Arts, and Social Sciences at MIT. “One of the key intellectual figures in her field, Pauline was also a leader at MIT — a great historian and scholar who understood the pulse of the Institute and helped guide and improve our community in profound ways.

Through her research, award-winning publications, and superb teaching, Pauline inspired generations of young historians of the Colonial period. Her classes for MIT undergraduates — for example, on the U.S. Constitution — were learning experiences that her students still remembered decades later. In her classroom, Pauline brilliantly embodied our mission to empower MIT students with cultural and historical perspectives, and an understanding of the world’s complexities. We will miss her enormously.”

Photograph of Pauline Maier, by Andrea Maier; courtesy of the Maier family