What is "natural" and what is "social"?
Q&A with MIT Philosopher Sally Haslanger

"The supposed line between the 'natural' and the 'social' is of crucial importance for theories of justice: the 'natural' is not as fixed as we might think, and the 'social' can be much more fixed than we imagined. Some differences between us must be respected, and others should be overcome — but which are which?"

A professor of philosophy, Sally Haslanger has published four books, mostly recently Resisting Reality: Social Construction and Social Critique (Oxford University Press, 2012), a collection of essays on gender and race. In 2014, Resisting Reality received the Joseph B. Gittler Award from the American Philosophical Association, given for an outstanding scholarly contribution in the field of the philosophy of one or more of the social sciences. MIT SHASS Communications caught up with Professor Haslanger to talk about some of the rich ideas in her most recent book.

Q: You argue that gender and race are not purely natural categories, they are also "social constructs."  What do you mean by that?


Q: So, how do you describe the relationship between "natural" and "social" differences?

In some cases, the social differences are masked—they’re taken to be natural—and race is a perfect example. There are skin color differences between us, there are hair texture differences and so on, but those differences don’t track the races very well. There are people of a particular ancestry that don’t look like they’re from that ancestry. So, because race also seems to be at least partly about one’s ancestry, it isn’t just a matter of superficial features and seems to be something else.

What I theorize about is: what could race be if it isn’t a set of purely natural differences between us? Can it be understood primarily in terms of social difference? Not really, because there is a presumed connection to the biological. These are the kinds of categories I’m most interested in, where perceived or imagined physical differences are such that they give rise to social differences in a particular context. The belief or the perception of someone having a particular skin color has an effect on what their social opportunities are and how they’re positioned socially in relation to others.

On my view, both race and gender are social positions that individuals occupy by virtue of their body being interpreted a certain way. For us in the United States, racial interpretations are those triggered by physical traits such as hair texture, skin color, eye shape, etc. that carry assumptions about where one’s ancestors lived around 1500. But this varies with context. I am White (in the US) by virtue of receiving a range of privileges due to the assumption, based on my appearance, that my ancestors came from Europe. (Of course my ancestors also came from Africa, as everyone’s did, but that is obscured in this construction of race.)

Resisting Reality: Social Construction and Social Critique (Oxford University Press), 2012
Recipient of the Joseph B. Gittler Award, from the American Philosophical Association, given for an outstanding scholarly contribution in the field of the philosophy of one or more of the social sciences

Q: If these categories are indeed mutable, what are the implications—particularly in terms of social justice?

One issue in political philosophy is how to define justice. What counts as just depends, in part, on what we are capable of. We don’t create educational systems for rocks or plants because it wouldn’t do them any good. They aren’t capable of being educated. We do create educational systems for humans because we have a range of capacities for learning; a just educational system will take our different capacities into account and will offer opportunities to develop them. Historically, women and minorities were thought to lack certain capacities by nature and as a result were not granted access to the same opportunities as white men.

This gives rise to two strategies in feminist and antiracist political thought. One strategy is to note that physical differences—differences assumed to be “natural”—are not fixed. One important physical difference between males and females is the capacity (or lack of it) to become pregnant. However, birth control gives us some measure of control over that, and this has had a huge impact on women’s opportunities. The same is true for disabilities. We have the ability to intervene in nature. That’s what technology is all about!

Another strategy is to call attention to the fact that differences that are presumed to be natural are, in fact, the result of the sorts of problematic interpretations and assumptions I just described: because women (or minorities) are presumed to have or lack certain capacities based on (false) background assumptions, they are treated in a certain way, and sometimes actually come to be that way.

And this reinforces the assumptions. If you view me as ineducable and so deprive me of education, then I won’t develop certain capacities and may become in some important respects ineducable, for there may be kinds of fluency that one cannot achieve after a certain point in life. If this occurs, the original assumption seems vindicated.  But of course it isn’t. I wasn’t born ineducable, I was made that way.

So the supposed line between the natural and the social is of crucial importance for theories of justice: the “natural” is not as fixed as we might think, and the “social” can be much more fixed than we imagined. Some differences between us must be respected, but others should be overcome—but which are which?

"There is a whole domain between the individual and the state, which is the social domain, and many kinds of social injustice are not really appropriate for the state to be legislating in a liberal society."

Q: What sparked your interest in feminism?

When I was a student at Reed College in Portland, Oregon, as a senior living alone in a tiny two-room house, a man in a ski mask raped me with a knife at my throat. I was in my bed, asleep, and the house was broken into. So, I learned immediately that it doesn’t matter what you are, what you think. Nothing about you as an individual—not your personality, or intelligence, or behavior—saves you from sexual violence. It was a big wakeup call, and from that point on I became an activist. I saw the problem very vividly and I wanted to make change.

I later became involved in feminist activism as a graduate student at the University of California at Berkeley. I was on the chancellor’s committee on Title IX in the early ’80s, when the first efforts to create sexual harassment grievance procedures were happening. At that time, my philosophical life was completely separate; I worked on Aristotle and on analytic metaphysics. No one in the department had any interest in feminism or feminist theory. So, I was totally an autodidact.


Q: Why are issues of race so interesting to you personally?

Feminists have always been interested in intersectionality [which involves exploring how forms of discrimination interact across cultural categories]—notably how gender is experienced differently by members of different ethic groups, racial groups, classes, etc. So I was already interested in intersectionality, and then my husband and I (who are White) adopted two African-American kids.

Raising our children inevitably made questions related to race much more vividly present and real in my life, and I found a pressing need to understand it better. I’m someone who thinks about my life philosophically and I live my philosophy. They’re not two separate domains for me, so it made perfect sense that I would begin to write about race in addition to writing about gender.


Q: Your new book is a collection of your essays on race and gender. What was the motivation for putting this collection together now?

I had wanted to write a book for quite a while. But I kept writing new papers and I just couldn’t slow myself down enough to put it together in a monograph. I finally said, let’s put all the articles together. That’s freed me up to start working on different things.


Q: What is the focus of your current research?

Now the question is, what is a social structure? Philosophers don’t think about social structures very clearly. In the normative domain they tend to be more focused on the individual—what makes an individual’s actions right or wrong. Or they think about the state—when is a state legitimate and what is the state obligated to do for its citizens. But I think there’s this whole domain between the individual and the state, which is the social domain, and many kinds of social injustice are not really appropriate for the state to be legislating in a liberal society.

Philosophers spend a lot of time worrying about the mind: what is it? How does the mind relate to the body? They can hardly get a handle on the mind, so the social is completely out of reach. I’m a little impatient. I’m not going to wait until the mind is figured out to figure out the social world. 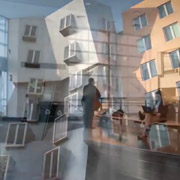