“Sherry’s work challenges all of us who work with technology
to consider the assumptions we make about the benefits and
harms of new tools. Her deep and thoughtful inquiries, her
probing skepticism, and her understanding of human behavior
make her an indispensable scholar of our evolving digital world.”

Sherry Turkle, The Abby Rockefeller Mauzé Professor of the Social Studies of Science and Technology at MIT and the founder and director of the MIT Initiative on Technology and Self, has recently received the honor of "Literary Light" from the Associates of the Boston Public Library, as well as the Centennial Medal from Harvard’s Graduate School of Arts and Sciences (GSAS).

The Centennial Medal, the highest honor that the Harvard GSAS awards, is given to a few alumni each year for "contributions to society as they have emerged from one's graduate education at Harvard."   Turkle, who holds an AB and PhD from Harvard, received the medal at a ceremony on May 29, 2013, for “helping us to see how technology is shaping our society and ourselves, and for celebrating the power of true connection amid the virtual.”

David Kaiser, Germeshausen Professor of the History of Science, senior lecturer in physics, and head of MIT’s Program in Science, Technology, and Society, introduced Turkle at the library’s April 14, 2013, "Literary Lights" annual gala for honored authors.

“Slicing through the noise of Internet boosters and Cassandras, Sherry distilled 15 years of patient research to ask what it means that we now relentlessly communicate by text message and so-called ‘social media’—texting while we’re courting, texting while we’re mourning,” Kaiser said.

“Fifteen years ago, Scientific American magazine called Sherry ‘the Margaret Mead of cyberspace.’ In the light of Sherry’s eight magnificent books and edited volumes, and her hundred-plus articles and essays (and counting), I suggest that before too long Dr. Mead will be known instead as the ‘Sherry Turkle of Samoa,’” he said.

The library event also honored six other “Literary Lights,” including Junot Díaz, a Pulitzer Prize-winning author and the Rudge and Nancy Allen Professor of Writing at MIT.

“I’m still excited by technology, but I believe that we’re
letting it take us places that we don’t want to go. I think
we’re setting ourselves up for trouble in how we relate to
each other and ourselves. . . . If we don’t teach our children
to be alone, they’ll only know how to be lonely.”

"The leading anthropologist of cyberspace"

Twice named a World Economic Forum Fellow, the recipient of a Guggenheim Fellowship and a Rockefeller Foundation Humanities Foundation Fellowship, Turkle has been called “the leading anthropologist of cyberspace,” with a landmark body of work that explores how technology is shaping our society and ourselves.

A licensed clinical psychologist and an expert on mobile technology, social networking, and sociable robotics, Turkle has been thinking and writing about people’s relationships with computers since at least as early as 1984; that year, her book The Second Self: Computers and the Human Spirit, looked at how college students were beginning to use computers as metaphors for their own minds.

She drew wide attention in 2011 with Alone Together: Why We Expect More from Technology and Less from Each Other, which argued that digital connectedness is impoverishing human relationships. She is also the author of Simulation and Its Discontents (2009) and Life on the Screen: Identity in the Age of the Internet (1995), among other books, edited collections, chapters, and articles. She is a sought-after media commentator and the subject of profiles in such publications as the The New York Times, Scientific American, and Wired. 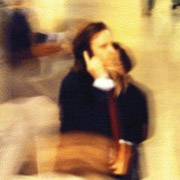 Associates of the Boston Public Library

Sherry Turkle | MIT Initiative on Technology and Self