The School is very pleased to announce the recipients of the 2013 Kelly Essay Award: Alicia Singham Goodwin '14, and Michelle Dion '13 are co-winners of the Kelly prize; Caitlin Mackey '15 has received the Honorable Mention.

The Kelly Essay award honors outstanding achievement in writing by MIT undergraduate students, awarding two prizes of up to $800 each for essays on subjects in the humanities, arts, and social sciences. The award is one indication of the high value MIT places on the ability to write and communicate well, skills that are vital for understanding, sharing, and galvanizing support for valuable ideas and research.

The following synposes are commentary from the Kelly Award judges on this year's award-winning essays.

The committee was very impressed with how Michelle Dion '13 adroitly situated her argument within a debate not only between two contemporaneous nineteenth-centuy American writers, but also among some distinguished literary critics. In her thoughtful, refreshing essay, "Breaching the Limits of Human Knowledge: The Intertextual Connections between Melville's Moby-Dick and Emerson's Nature," Dion argues that by making inter-textual references to Ralph Waldo Emerson’s essay “Nature” (1836), Melville’s Moby Dick (1851) tempers and critiques the unqualified optimism of Emersonian Transcendentalism.  —  commentary by the Kelly Essay Award judges

To research her essay "MIT on Strike: The March 4th Demonstration," Caitlin Mackey '15 dug deeper than most students ever go. She pored over records held in the Institute Archives and uncovered a forgotten chapter of MIT's Sixties history. But what historians find in archives is often quite messy, and Mackey did a superb job assembling her sources into a single coherent narrative. Her essay conveys the intensity of a moment on MIT's campus when the community grappled with the social consequences of scientific and technical research.  —  commentary by the Kelly Essay Award judges 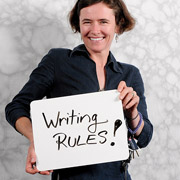 About the Kelly Essay Prize

The Kelly Essay Prize is distinctive in being the only SHASS writing award open to all students engaged in HASS-related studies, with no further restriction on topic and content. Faculty are encouraged to identify high-quality undergraduate essays written for courses they offer, and help students develop them for submission to the Kelly Essay Prize competition.

About the Kelly Essay Prize