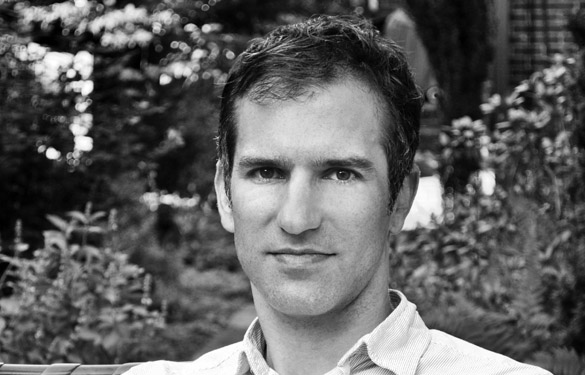 "Seth Mnookin is one of America’s most accomplished
science writers. He has a sharp eye and is a meticulous,
dogged reporter covering stories of great social importance.”

MIT Assistant Professor of Science Writing Seth Mnookin is the best-selling author of The Panic Virus, which examines how inaccurate scientific reports linking vaccines to autism reverberated through the media, causing incalculable damage. Fearing the vaccine, some parents exposed their children to the risks of measles, mumps, and rubella, while scarce research dollars poured into disproving the erroneous report.

Now the Associate Director of MIT’s Graduate Program in Science Writing, Mnookin was recently selected by ScienceOnline to be included in the Open Lab 2013 anthology of the best science writing online. He sat down with SHASS Communications recently to share his views on science journalism today.

What unique challenges do science writers face, and how does MIT’s Graduate Program in Science Writing prepare trustworthy science journalists?

A major challenge for writers communicating with the public is simply understanding the language of science, which asserts that we can never be 100 percent sure about anything. Scientists say, “With all of the tests that we’ve done, we’re fairly confident that vaccines don’t cause autism.” In science-speak, that means we’re virtually 100 percent confident. In media-speak and public-speak that implies there’s real doubt. That’s why we need science writers — people who really understand the language of science and the language of non-scientists and can translate between the two.

At MIT’s Graduate Program in Science Writing (GPSW), we’re giving reporters a year’s worth of instruction on what good science writing looks like. One of the coolest things about the program is how our students are integrated with the MIT community. For instance, we require them to spend 20 hours in the lab with scientists so they understand what it means to do science in a real, tangible way. We also train students in every available medium — they write blogs and a thesis, they do radio and TV segments.

Our hope is that, eight to 10 students at a time, we can inject good science writing into the nation’s bloodstream. And we’re succeeding. To mention just a few of our accomplished alumni: Lisa Song, SB ’08, SM ’09, recently won a Pulitzer Prize; Erico Guizzo, SM ’03, has twice won the Neal Award, considered the “Pulitzer Prize for business media;" and a number of additional GPSW alumni have been honored in recent years for extraordinary work in health care reporting and environmental journalism.

Why is good science reporting important to non-scientists, and what can typical readers do to ensure the information they get is accurate?

We are seeing so many ways in which cutting-edge research is impacting daily lives. Genetic sequencing is a perfect example. It wasn’t that long ago that genetic sequencing seemed like pie-in-the sky, futuristic technology. In 2006, it cost $10 million to sequence a single genome. Today an exome [the subset of the genome made up of DNA segments that code for proteins] can be sequenced for around $1,000. That's incredible. As diagnostic sequencing becomes more widely available, the public needs to understand the limitations of this incredibly powerful technology; otherwise, people will be vulnerable to snake oil salesmen making outlandish promises.

There are so many sources of information out there, and it’s important to remember they’re not all equally reliable. Just because someone has a slick YouTube channel with good lighting doesn’t mean they’re reputable. I try to remind people that seeing M.D. after a name doesn’t mean that a person is ethical or even intelligent. So, if someone forwards you a link about a medical procedure you’ve never heard of, and it’s never been covered in the mainstream press, you as the consumer have to be skeptical about what’s going on.

Mnookin’s most recent book, The Panic Virus: A True Story of Medicine, Science, and Fear, explores the controversies over vaccines and their rumored connection to developmental disorders. The New York Times-bestseller Feeding the Monster: How Money, Smarts, and Nerve Took a Team to the Top chronicles the the John Henry-Tom Werner ownership group of the Boston Red Sox. Hard News: The Scandals at The New York Times and Their Meaning for American Media, was a Washington Post Best Book of the Year.

Your book The Panic Virus underlined what can happen when science reporting goes wrong. Has the field improved since that story began spreading in the late 1990s? What are the biggest challenges for the field today?

One issue I have with our colleagues in the media is that they tend to do this reflexive “on the one hand, on the other hand” thing — even in cases, as with vaccines and autism, where there aren’t two hands. In the last 10-15 years, there's been a growing awareness of the fact that merely giving voice to something lends it a kind of legitimacy. When the first specious reports connecting vaccines and autism were published, a lot of news outlets justified their coverage by saying, "We’re not in position to judge.” Today, people for the most part realize that doesn't really cut it.

When I did my first book, Hard News, about The New York Times, I’d hear a lot of complaints about journalism being unreliable — but it turned out that very few people I talked to were subscribing to newspapers or news magazines. If you care about quality journalism, you need to vote with your wallet. There have been enormous cutbacks in dedicated science reporting, and one reason is because news organizations aren’t convinced that’s what readers care about or are willing to pay for.

We’re lucky in Boston in that we have a fantastic science reporter at the Boston Globe — Carolyn Johnson, a graduate of an early class of MIT’s Graduate Program in Science Writing. Also, The New York Times has a dedicated science section, with phenomenal reporters. So there are plenty of places that do not hype shoddy studies or oversell inconclusive results, and the more those places are supported the more they’ll be able to do the type of responsible science reporting that is so important."