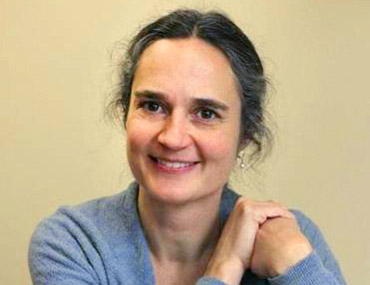 “Heather is a teaching and mentoring superstar.
Through her dedicated and imaginative efforts,
she consistently brings out the best in each student."

Founded in 1992, the MacVicar Faculty Fellows Program was created to honor the legacy of Margaret MacVicar, an MIT alumna and professor of physical science who served as the Institute’s first dean for undergraduate education, from 1985 to 1990. MacVicar is credited with numerous far-reaching educational initiatives, including the Undergraduate Research Opportunities Program (UROP). Founded in 1969 — when MacVicar was just 26 and in her first year on the MIT faculty — the program has since been emulated worldwide.

“Heather is a teaching and mentoring superstar,” says Deborah K. Fitzgerald, the Kenan Sahin Dean of Humanities, Arts, and Social Sciences. “Through her dedicated and imaginative efforts, she consistently brings out whatever is best in each student, helping them excel in understanding the logic and illogic of our worlds. Her students report feeling challenged and supported in their work, in exactly the right combination.”

“I love teaching,” Paxson says. “It’s why I went into academia in the first place. It’s immensely gratifying to be recognized for work in this fundamental realm of our life as professors.”

Paxson’s passion for teaching is abundantly clear to her students. One of them highlighted her “excellent” ability to lead discussions in which students were “wonderfully engaged with her, with one another, and with the material.” Another recalled that, from the first day of class, it was obvious that Paxson “was not only a passionate teacher, but a powerful female role model who I wanted to get to know outside the classroom as well.”

Other faculty members have also been impressed by Paxson’s gift for teaching. “Heather has earned a reputation among undergraduates as a caring and innovative teacher,” observed one colleague. “Her classes [are] known for the manner in which she makes social science concepts accessible and relevant to her students’ everyday lives.” Another described her classes as “filled with adventure, exploration, and hands-on and creative assignments.”

Heather Paxson | The Life of Cheese