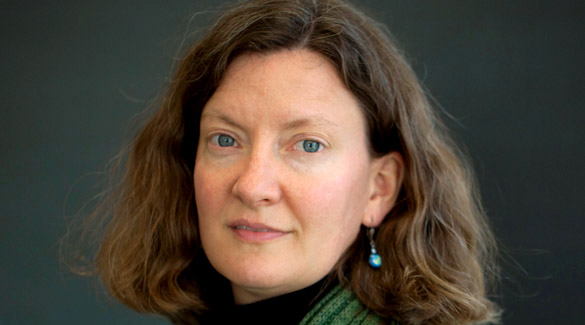 What is the impact of deindustrialization in the U.S. —
on American lives, families, and communities?

Associate Professor of Anthropology Christine Walley has been awarded the CLR James Award for Best Book, from the Working-Class Studies Association, for Exit Zero: Family and Class in Postindustrial Chicago (University of Chicago Press, 2013).

The mission of the Working-Class Studies Association is to develop and promote multiple forms of scholarship, teaching, and activism related to working-class life and cultures.

Exit Zero explores the effects of deindustrialization on Chicago workers and their families. Both an ethnographic study and a personal narrative, the book details the experiences of Walley’s father and thousands of others who lost their jobs during the 1980s, when Chicago’s long-vibrant steel industry abruptly collapsed.

In a 2013 MIT News Office feature about the book, Peter Dizikes writes that "Walley also builds an argument that rapid deindustrialization in the United States was not simply the result of seemingly inevitable shifts in the global economy, but a consequence of corporate-friendly policies, and a new emphasis on raising short-term share prices, that pitted the interests of management against the long-term interests of companies and their workers."

"If you really want to understand why there is this expanding class inequality in the United States, one of the places you have to look is the long-term impact of deindustrialization," Walley says. “We have to think historically about how we got into this position and how we can come out of it."

Film and interactive website based on the "Exit Zero' book

In addition to the book, Walley worked with filmmaker Chris Boebel to create an Exit Zero documentary film centered on the human, economic, and environmental devastation left behind in the Southeast Chicago region—marked by Exit 0 on the highway.

Currently, Walley is working on an associated interactive website project, for which she has been awarded a Preservation and Access Grant from the National Endowment for the Humanities through its Humanities Collection Program. The website is being created in conjunction with the Southeast Chicago Historical Museum and has an advisory board that includes representatives from the Field Museum and the Chicago History Museum.

Walley will receive the CLR James Award officially on June 6, 2014, at the Working-Class Studies Association‘s How Class Works conference, which will take place at the State University of New York in Stony Brook, NY. 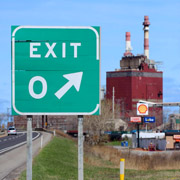 Video: A preview of "Exit Zero"

Research Spotlight: What is the impact of deindustrialization in the U.S.?