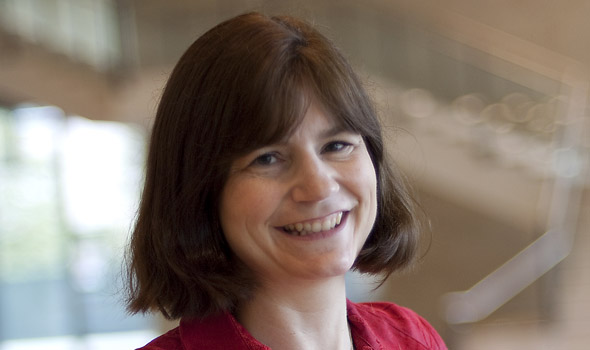 Deborah Fitzgerald, Kenan Sahin Dean of MIT’s School of Humanities, Arts, and Social Sciences, has announced that Andrea Louise Campbell will become the new head of the Department of Political Science, and has received the Arthur and Ruth Sloan Chair, both effective July 1, 2015.

Campbell, who has who has been associate head of the department for the past two years, has contributed vigorously to the political and public debate about health care and insurance. She is the author of "Trapped in America's Safety Net: One Family's Struggle" (University of Chicago Press, 2014), How Policies Make Citizens: Senior Citizen Activism and the American Welfare State (Princeton, 2003) and, with Kimberly J. Morgan, The Delegated Welfare State: Medicare, Markets, and the Governance of Social Provision (Oxford, 2011).

“Andrea’s scholarly and pedagogic profile, her deep understanding of the School and the Institute, and her long-standing reputation for dedication and integrity, will serve her well in this leadership role,” Fitzgerald said.


Leading a department with trademark strengths

Campbell said, “I am deeply honored to be appointed head of Political Science. It is a particularly auspicious time for the department as we head into our 50th anniversary. I look forward to working with the faculty, staff, and students as we continue to build on our trademark strengths: We address the ‘big questions’ that are highly consequential both to political science and to wider communities around the world; and we do so with a wide variety of quantitative and qualitative techniques and data that are appropriate to those questions and that are often at the cutting edge of the discipline.”

Campbell joined the MIT faculty in 2005 following an assistant professorship at Harvard University. Her research interests include American politics, political behavior, public opinion, and political inequality, particularly their intersection with social welfare policy, health policy, and tax policy. Her work has been supported by the National Science Foundation, the Robert Wood Johnson Foundation, and the Russell Sage Foundation. Campbell has also played a substantial role in the governance of the American Political Science Association.

In addition, over the years Campbell has served the School and the Institute on many committees, including the Faculty Policy Committee, the Committee on Undergraduate Programs, and the HASS (Humanities, Arts, and Social Sciences) Overview Committee.

3 Questions: Campbell interprets the Supreme Court's health care decision
A political scientist whose work was cited in one justice’s opinion weighs in on the ruling and its implications.

Story at MIT News: Caught in the Social Safety Net