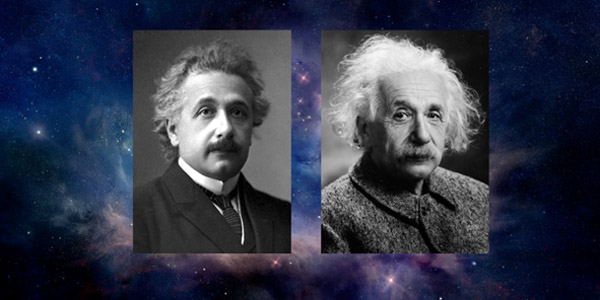 Wherever you may be on the space-time continuum, it’s time to celebrate!

This year marks the 100th anniversary of Albert Einstein’s general theory of relativity, and to honor the occasion MIT faculty have organized Celebrating Einstein — a series of panel discussions, performances, and other events that will take place this April as a special feature of the 2015 Cambridge Science Festival.

An extension of ongoing programs in the history of science, and public engagement with science/technology led by MIT’s School of Humanities, Arts, and Social Sciences (SHASS), the Celebrating Einstein series is designed to demystify the man who has become an international icon of genius.

“Einstein did a kind of science that very few people understand. He’s the public symbol of the incomprehensibility of science for most ordinary folks,” says MIT Museum Director John Durant, a SHASS faculty member, executive director of the Cambridge Science Festival, and one of three principal organizers of the series. “If you want to say science can be something for you too — there’s no better place to start than with Einstein."


Einstein in your pocket

In fact, it doesn’t take a genius to recognize the importance of Einstein’s theory — even if his earth-shaking physics formula — Rµv–½gµvR=(8πG/c4) Tµv — is daunting to many of us. Every day, Einstein’s work is employed by a huge percentage of the human population — including everyone who uses a global positioning system (GPS).

“It’s Einstein in your pocket,” says Scott Hughes, MIT physics professor and a co-organizer of Celebrating Einstein. “If the principles due to Einstein’s theory of relativity were not built into GPS, it would be useless.”

Einstein’s theory revealed that time runs more slowly near a strong source of gravity — an idea that revolutionized physics when first presented to the Prussian Academy of Sciences in November 1915, but would have no practical applications for decades, because the technologies that could make use of the theory did not yet exist. "There’s this mythology around Einstein now,” Hughes observes, “but for the first 50 years, the implications of his general relativity theory were diddly-squat.”

Today, Einstein’s discovery makes it possible to ensure GPS devices sync up properly with satellites far from the Earth’s center of gravity. “This is the benefit of fundamental research,” notes Durant, who teaches in the SHASS Program in Science, Technology, and Society (STS). “In the course of doing it, out come all sorts of implications that will have applications.” 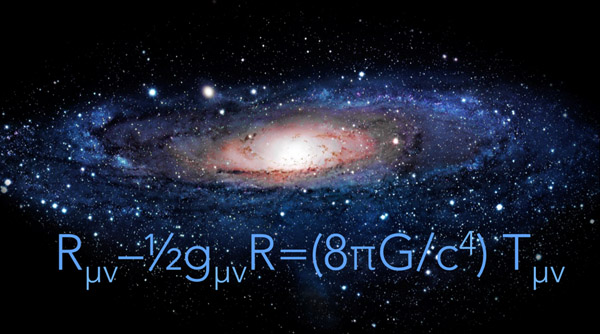 Einstein's revolutionary equation, shown above, says that the curvature of space-time equals the distribution of matter plus energy.

Einstein’s thinking was profound and revolutionary, but the principles he laid out are actually quite accessible, according to the event organizers. “The principles are not that hard to understand,” Hughes says, encouragingly.

To underscore that point, Celebrating Einstein will bring more than 50 students from MIT and other area universities into about 30 classrooms this spring to teach elements of Einstein’s theory to 8th and 9th graders in Boston and Cambridge. The students will explain the curvature of spacetime and conduct hands-on activities, giving the middle-schoolers the chance, for example, to measure the speed of light.

Officially, Celebrating Einstein kicks off on April 17, and will launch the Cambridge Science Festival with Speaking of Einstein, a panel discussion on how Einstein shaped our world, and where his influence will continue to push the frontiers of science. Featuring three noted physicists and a historian of science, the panel will be moderated by MIT’s David Kaiser, historian of science, physicist, and head of STS. “Our four guests span the cutting-edge of research going on today in relativity,” says Kaiser.

Celebrating Einstein will also feature eight other events, including Shout Across Time, a multimedia performance encompassing music, dance, and a film related to ideas inspired by general relativity; an interactive video-art experience, Black (W)hole, intended to engage visitors in the wonders of the universe; The Story Collider, an evening of true, funny, and poignant personal stories about science and gravity; and a reading by SHASS author Marcia Bartusiak, from her new book Black Hole (Yale University Press, April 2015).

“We’re living through an incredibly creative period of celebrating science. People are happy to mix going into the classroom with storytelling, dance, music,” Durant says, noting that the Einstein program will give the Cambridge Science Festival a fresh edge. “We want the festival each year to include surprises,” he says. “Celebrating Einstein is a big, special deal this year. We’ve never done anything like it before.”

This year’s Einstein celebration has roots in a project developed by scientists, artists, and education specialists in Bozeman, Montana. In 2013, the Bozeman group created and premiered a series of events, under the banner Celebrating Einstein. Soon thereafter one of the leaders of that effort, Nicolas Yunes — former MIT postdoc, now assistant professor of physics at Montana State University — participated in an MIT workshop on science engagement. “We began our planning for the Cambridge 2015 program by saying, let’s look at what they did,” Hughes says, of the Montana team. “They get all the credit for planting the seed, growing this beautiful thing, and allowing the rest of us to take cuttings.”

Intended to draw not only MIT affiliates but the broader local population, Celebrating Einstein will take place at venues all around Cambridge — not just on campus. “The local community that MIT is a part of is extraordinarily rich, and that richness deserves to be shared as widely as possible,” Durant says.

The hope, organizers say, is that Celebrating Einstein will build on MIT’s substantial existing efforts to support public engagement with science — which range from the several MIT SHASS-based endeavors (Graduate Program in Science Writing; Program in Science, Technology and Society; and the Knight Science Journalism Fellowships) to the Cambridge Science Festival itself, which was founded by MIT nine years ago and in 2014, drew more than 55,000 attendees over its 10-day run.

“What seems so exciting to us is that Einstein’s body of work is the basis for further-flung ideas about where we came from and where we’re going,” Kaiser says. “You get to cover a lot of territory by thinking about Einstein.”

MIT Provost's Council for the Arts

Black Hole, by Marcia Bartusiak (Yale University Press, April 2015)
For more than half a century, physicists and astronomers engaged in heated dispute over the possibility of black holes in the universe. The weirdly alien notion of a space-time abyss from which nothing escapes—not even light—seemed to confound all logic. This engrossing book tells the story of the fierce black hole debates and the contributions of Einstein and Hawking and other leading thinkers who completely altered our view of the universe.