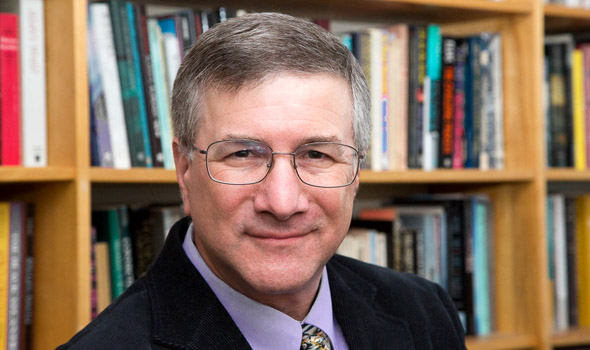 "In the MIT History section, we foster an historical literacy that encourages MIT students to think deeply about change in earlier periods. Having a nuanced understanding of past successes and failures helps MIT graduates fulfill the mission of service to the nation and the world.”

“I’m delighted that Jeff has agreed to take on this post," Fitzgerald said. "He is an outstanding historian, committed both to the mission of MIT History and to its members, and I am confident he will ensure the continued excellence of the section."

Ravel, who holds a secondary appointment in Global Studies and Languages, researches French and European political culture from the mid-17th through the mid-19th centuries. He is the author of The Would-Be Commoner: A Tale of Deception, Murder, and Justice in Seventeenth Century France (Houghton Mifflin, 2008) and The Contested Parterre: Public Theater and French Political Culture, 1680-1791 (Cornell University Press, 1999).

“I am privileged to be able to serve as head of this dynamic section,” Ravel said. “Our MIT historians write cutting-edge monographs, and publish in national and international newspapers and journals. They contribute to the newest frontiers in world and transnational history, and to the history of the environment. In our graduate seminars and undergraduate classrooms, we introduce MIT’s brilliant students to the pleasures and paradoxes of the past.

"In doing so, we foster an historical literacy that encourages MIT students to think deeply about change in earlier periods. Having a nuanced understanding of past successes and failures — one that takes into account multiple factors over variable time frames — helps our graduates fulfill MIT's mission of service to the nation and the world.”

Ravel, who joined the MIT faculty in 1997, is a co-founder of CÉSAR, a website devoted to the study of 17th and 18th French theater. He also directs the Comédie-Française Registers Project, a collaborative venture with the Bibiliothèque-musée of the Comédie Française theater troupe and several French universities. He is a past co-president of the Society for French Historical Studies.

Archive: 3 Questions with Jeff Ravel, on the French past and our future