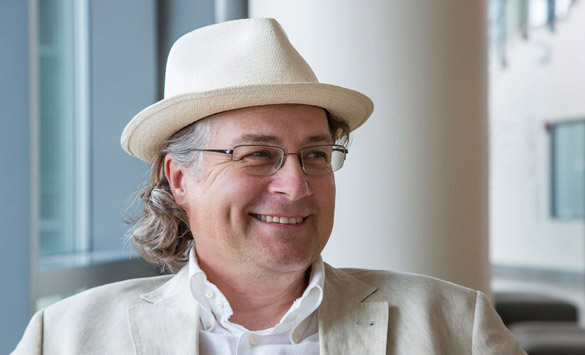 "What makes linguistics, the science of language, so fascinating is that it exists at the intersection of science and the humanities. You use a scientific approach, and you get to apply it to something central to humanity."

How is it possible that simple acoustic vibrations, hand gestures, and even ink patterns can give one person access to the thoughts of someone else? This is the central question of linguistics, and one that has fascinated Kai von Fintel throughout his career.

“We put these signals in the world and others can read our mind to some extent,” says von Fintel, professor of linguistics and associate dean of MIT’s School of Humanities, Arts, and Social Sciences (SHASS). “I find that a baffling phenomenon—why not try to figure that out?”

To address this “insurmountably complex” question, von Fintel and others in the field take a scientific approach. “We’re trying to find patterns in data, making hypotheses, throwing more data at it and seeing how it holds up,” he says. “We look at facts to distinguish what we can understand versus what we can’t.”

As a teenager growing up in Germany, von Fintel studied math and chemistry in the hopes of becoming a biochemist or a mathematician. At university, however, he found mathematics too “dry” and switched his major to English — a language he had come to love through pop music. Yet, it wasn’t until he attended a linguistics seminar on semantics that he finally found his intellectual home. “We read the manuscript of a new book that applied tools from Boolean algebra to the study of meaning in natural language,” von Fintel says. “I just fell in love with the topic.”

What makes the field so fascinating, he says, is that it exists at the intersection of science and the humanities. “Linguistics is basically the science of language. You use a scientific approach, but you get to apply it to something central to humanity,” he says.


The cat is downstairs

For example, suppose you were to tell a random stranger, “The cat is downstairs.” Chances are she would be puzzled—even though any English-speaking person could understand the semantic meaning of those words. The problem is that the pragmatics are unclear — What cat? Downstairs where? Why are you telling me this? By contrast, a couple living with a cat could get much more meaning from the same sentence — e.g., Oh no, Fluffy is downstairs and likely ravaging the yarn basket!

"Semantics tries to figure out what part of meaning is from the signal itself — words, morphemes, etc. Pragmatics works on context and interactions between people and context.”

Over the years, von Fintel has published papers examining such topics as how semantics express duty and obligation, the use of the conditional, and what semantics are universal in human language. His latest work, a collaboration with MIT Professor Sabine Iatridou, centers on the use of the imperative. "Across languages of the world, three sentence types are almost universal: declarative, interrogative, and imperative. Of the three, imperatives are the least well understood,” he says. “About 10 people in the world are working on this. We’re trying to find out the division of the semantic and the pragmatic.”

As an example, von Fintel notes that people typically use the imperative as a command, such as “Shut the door.” Paradoxically, it’s also used in phrases such as “Take one step and I’ll shoot you”—where what the semantics suggest (you should take a step) is not the true intended meaning. Iatridou and von Fintel’s paper, “A Modest Proposal for the Meaning of Imperatives," will appear later this year in an Oxford University Press volume, Modality Across Syntactic Categories.

"We sometimes get visitors who want to learn why MIT is so successful. After a couple of days they realize that it’s the combination of top-level technical training plus the humanities, arts, and social science (HASS) requirement.”

In addition to conducting his own research, von Fintel is also a founding co-editor of Semantics and Pragmatics, an open-access, peer-reviewed journal that is now one of the top four journals in the discipline. Last year, it officially became the second official publication of the Linguistics Society of America, which has published Language since 1925.

Interestingly, when von Fintel launched the publication in 2008 (with Professor David Beaver of the University of Texas at Austin), the idea of open access was still novel. “Before the web, people communicated in informal networks, so it was hard to find out what was going on,” von Fintel says. “I felt an obligation to help people get access to what was going on.”

An early and passionate advocate for open access, von Fintel helped launch the MIT Linguistics Department’s first website in the early 1990s and soon thereafter started his academic blog, "semantics etc.," to build connections among linguists and disseminate ideas throughout the field. He also served on the Institute’s Open Access Working Group, which proposed the open access policy adopted by MIT in March 2009.

“One point of the scientific method is quick and open communication. You can build on results as soon as they happen. It accelerates the way science gets done,” he says. “We’re changing the culture in our discipline in a big way.”

“It’s a great mission; it’s so important for MIT to have a strong School of Humanities, Arts and Social Sciences,” von Fintel says, noting that outsiders are often surprised to discover how central SHASS is to the mission of MIT as a whole. “We sometimes get visitors who want to learn why MIT is so successful. After a couple of days they realize that it’s the combination of top-level technical training plus the HASS requirement.”

Thanks to MIT’s outstanding reputation and its decades-long commitment to excellence in the humanities, arts, and social sciences, the school draws top talent in every area, von Fintel says. “Our faculty is just amazingly good,” he says. “If they wanted to, they could work anywhere in the world.” 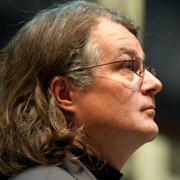