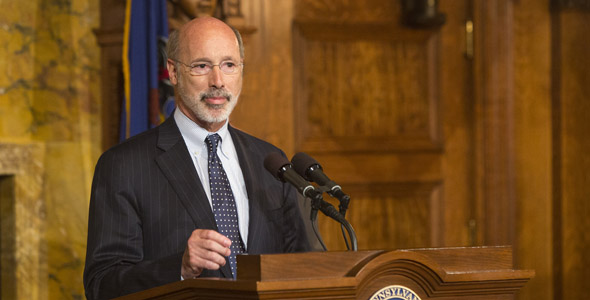 "The search for the answers to society’s most pressing questions always involves a political science dimension. Politics is above all a very practical discipline. It’s the art of figuring out what you want to do, how you’re going to do it, and how you’re going to convince others to go along with what you want to do. By the way, that’s pretty much how the world as a whole works."

Pennsylvania Governor Tom Wolf received his PhD from MIT’s Department of Political Science in 1981. He spent the next 25 years running his family’s kitchen cabinet business, and then, in 2007 he was appointed Pennsylvania’s secretary of revenue. In that job, he instituted reforms that strengthened the state’s lottery and laid the foundation for additional benefits for seniors.

In 2014, Wolf ran for election for the first time and made history as the first person in four decades to defeat a sitting Pennsylvania governor. Inaugurated in January 2015, Governor Wolf will be on campus this November for events to honor the fiftieth anniversary of MIT Political Science, a department within the School of Humanities, Arts, and Social Sciences. SHASS Communications took the occasion to ask the governor to share his views on political science at MIT, and on the role of the social sciences in addressing the global challenges of our time.

Q: The MIT approach to both research and education is to combine the STEM fields with the humanities, arts, and social sciences. Can you tell us something about why MIT’s SHASS subjects — particularly political science — are critical to solving the world’s major issues?

Admittedly, it is very hard to reduce our richly textured and changeable real world into a tightly constrained model or theory. In real life — in real politics — change is disruptive and perennially surprising. When I was at MIT I saw people making an effort to make endogenous in their thinking what was endogenous in the political process. And it was done because those thinkers understood that people are at the heart of that process. And they make things change.

MIT taught me that the real task of understanding and explaining human behavior — especially political behavior — involves a rich blend of disciplinary insights. Too often we’re reluctant to embrace this kind of interdisciplinary thinking. Princeton history professor Jeremy Adelman, for example, argues that the broad humanism of the past has given way to “walled provinces called ‘disciplines.’”

Fortunately for me, MIT promoted interdisciplinary thinking because that’s just the way MIT was set up. People in different disciplines actually talked to each other. Professors like Walter Dean Burnham looked for good ideas from smart people beyond the boundaries of the political science discipline — like philosophy, economics, physics, and even literature. MIT Professor Suzanne Berger invited other disciplines to work on figuring out how the United States might do better at manufacturing.

MIT encouraged students to drink from the fire hose — regardless of where that fire hose was located — and we need that mentality today more than ever. To address the challenges we’re now facing globally, all of us need to find better ways to break through disciplinary walls and get a good handle on the human condition. This is essential because, in the end, we need practical solutions that will succeed in very specific, human contexts.

"To address the challenges we’re now facing globally, we need practical solutions that will succeed in very specific, human contexts."

Q: In your view, what are the unique advantages of studying political science at MIT?

A: The Institute is famous for its pragmatic problem-solving vision, and at MIT, I learned how to view politics through a pragmatic lens. It taught me to rely less on dogma, ideology, cant, or pure theory in trying to understand real-world political processes. To a certain extent, this was consistent with MIT’s practical academic culture, built as it was on a foundation of engineering and science. This is also one of the reasons why public policy studies was — and maybe still is — such a big part of the political science curriculum.

MIT was — and I’m sure remains — absolutely the best place to study this magnificently interesting and important subject. At the end of the day, we all have to live, act, work, and grow — and often we have to do these things in concert with each other. This collective action is the essence of politics. And political science is the discipline that tries to understand this very human essence. 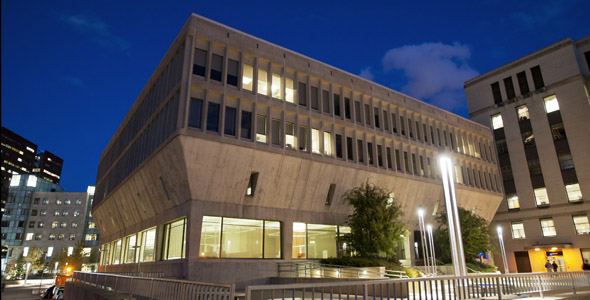 "MIT taught me that the real task of understanding and explaining human behavior, especially political behavior, involves a rich blend of disciplinary insights. Fortunately for me, MIT promoted interdisciplinary thinking because that’s just the way MIT was set up. People in different disciplines actually talked to each other."

Q: How did your experiences in MIT Political Science prepare you for your career?

A: This department has made all the difference in my life, in my business career, in my community endeavors, and in the political career I recently launched. My courses here taught me that politics takes place in a rich context and that the boundaries separating political science from other academic disciplines are porous. MIT also taught me that politics is above all a practical endeavor and, thus, so must be the search for meaning in political behavior.

Part of what makes political science such a difficult discipline — and what makes it so interesting — is that it is dominated by independent human actors doing uniquely human things. MIT taught me that the real task of understanding and explaining human behavior — especially political behavior — involves a rich blend of disciplinary insights.

At MIT, I also learned that politics is not an immutable set of processes, relationships, and outcomes. Politics is malleable. Thus the job of the political scientist is to be able to identify and explain unexpected discontinuities.

Practitioners have to transact the business of politics well, which includes making sure those transactions are consistent with some broader context. For example, politicians do indeed need to deliver the policies and public goods voters want, and they have to do this in an efficient and effective way.

But in the United States they also need to remember that they are stewards of a grand democratic tradition, and so those politics and public goods have to be delivered within the context of that tradition. History will judge public servants harshly if all they do is make the trains run on time.