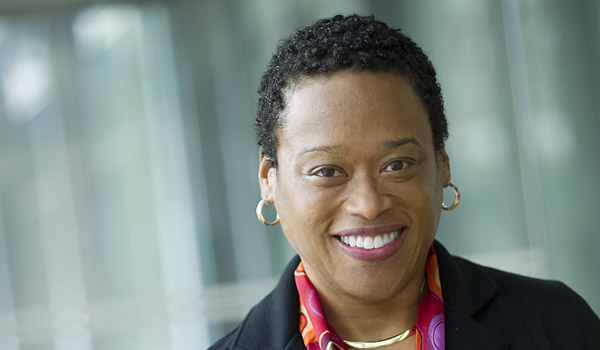 Nobles, the Arthur and Ruth Sloan Professor of Political Science and head of MIT’s Department of Political Science since 2013, is an accomplished scholar who has been a member of the MIT faculty since 1995. In addition to her role as department head, Nobles has served on a series of Institute-wide committees over the last decade.

“To tackle our global challenges — from water and food scarcity and climate change to digital learning, innovation, and human health — we need ambitious new answers from science and engineering. But because these challenges are rooted in culture, economics, and politics, meaningful solutions must reflect the wisdom of these domains, too,” MIT President L. Rafael Reif says. “Professor Nobles offers us a vision of the humanities, arts, and social sciences as the human stage on which our scientific and technical solutions have purpose and meaning. We are fortunate that she will bring to the deanship such an expansive worldview.”

Nobles says she believes research and teaching within SHASS are integral to all of MIT’s work.

“Upon being asked to serve as dean, I was thrilled and felt a great sense of honor and privilege to have the opportunity to lead such an important school at MIT,” Nobles says. “I think SHASS is so important because nearly all the rest of the endeavors at which the Institute so excels — science, engineering, business, and architecture — all exist within a social, political, cultural, and economic context, and that’s precisely where SHASS lives.”

She adds: “We have to be mindful of answering the question: To what ends are our technological and scientific endeavors being put? Many of the answers to those kinds of questions rest in the departments and courses in SHASS.”

In her two years as department head in political science, Nobles has supported a variety of new faculty initiatives, including MIT’s Gov/Lab, which collaborates internationally with civil society organizations, their funders, and governments on projects aimed at improving civic participation and government accountability. Political science faculty and graduate students have recently established a Poverty, Violence, and Development Working Group to analyze this critical social problem. The department has also organized a Neuroscience and Social Conflict Initiative, along with the Department of Brain and Cognitive Sciences and the Cambridge-based organization Beyond Conflict, which has so far held three conferences highlighting research on cognition, social norms, and social conflict.

Last year, Nobles served on the search committee for the director of MIT’s new environment initiative (now the MIT Environmental Solutions Initiative). She is the SHASS representative on MIT’s Gender Equity Committee, and has served on MIT’s committees on its undergraduate and graduate programs, among other administrative service.

Nobles envisions a SHASS that is “in keeping with MIT’s ethos of addressing the world’s great challenges,” and that frequently produces research applied to current-day problems. She adds that she expects that SHASS will remain committed to producing first-class scholarship.

“We cannot always know what’s going to be important in the future,” Nobles says. “Basic research continues with the understanding that this is also MIT’s mission. Those two things are not in competition. They are compatible. What interests us may also end up being really important — there’s a certain unpredictability to that, and I’m interested in fostering intellectual curiosity.”

Nobles’ appointment as the Kenan Sahin Dean of the School of Humanities, Arts, and Social Sciences was announced today by Provost Martin Schmidt in an email to the MIT community.

“She has distinguished herself as a scholar in MIT’s best problem-solving tradition, living out her department’s commitment to ‘rigor and relevance’ through pioneering research on global questions of racial and ethnic politics and justice,” Schmidt wrote. “In her two books … she draws illuminating comparisons across societies as disparate as Australia, Canada, New Zealand, Brazil and the United States. This cross-cultural perspective also informs her teaching, where she takes particular pleasure in watching students from the U.S. and other parts of the world open each other’s minds to new points of view.”

International in scope, comparative in method

Nobles’ scholarship has won acclaim for its examination of issues of ethnic politics and retrospective social justice. Her approach has been international in scope and comparative in method, studying ethnic politics in the U.S., South America, and Oceania.

Nobles’ first book — Shades of Citizenship: Race and the Census in Modern Politics (Stanford University Press, 2000) — was a comparative study of census politics and racial categorization in the U.S. and Brazil from the 18th century through the end of the 20th century. The work won the W.E.B. Dubois Outstanding Book Award from the National Conference of Black Political Scientists in 2001.

Her second book — The Politics of Official Apologies (Cambridge University Press, 2008) — analyzed the political dynamics underlying official apologies for historical injustices, in the U.S. as well as Australia, Canada, and New Zealand.

Along with the political scientist Jun-Hyeok Kwak, Nobles edited a collection of scholarly essays, “Inherited Responsibility and Historical Reconciliation in East Asia” (Routledge Press, 2013). Her work has also appeared in the Annual Review of Political Science and Political Power and Social Theory, among other publications.

Nobles’ current work includes compilation of a database of racial murders in the American South from the years 1930 to 1954; she has also been working on a book that will place issues of democratization and justice in the South in an international perspective.

Nobles received her BA in history from Brown University in 1985. She studied political science in graduate school, receiving her MA and PhD from Yale University in 1991 and 1995, respectively.

Nobles joined the MIT faculty as an assistant professor in 1995 and earned her first endowed chair, the Cecil and Ida Green Assistant Professor of Political Science, in 1997. She was promoted to associate professor of political science in 1999 and granted tenure in 2002. She became a full professor in 2009 and received her current endowed chair in 2010, before becoming department head.

Nobles was selected from a field of candidates evaluated by a faculty search committee. The search committee, chaired by Evan Ziporyn, the Kenin Sahin Distinguished Professor in MIT’s music program, comprised faculty from 11 different departments and programs within SHASS.

Nobles succeeds Deborah K. Fitzgerald, a historian of technology who served as SHASS dean from 2006 to July 2015.

Nobles praised Fitzgerald for “unifying our school” and creating “a big tent that we could all get under,” adding: “She made all of us feel like we were part of the school. She was generous with her efforts and time.”