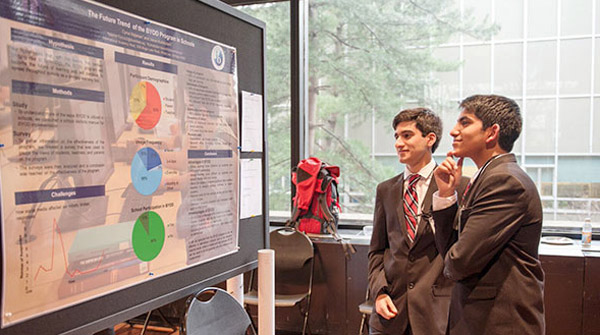 “The intersection of the humanities, arts, and social sciences, with sciences, math, engineering and technology is a sweet spot at MIT.”

High school students from across the US convened at MIT April 7–9, 2015 to compete in the inaugural MIT INSPIRE event, a national high school–age competition for research projects in the arts, humanities, and social sciences.

Founded by MIT sophomore Vaishnavi Rao, a Brain and Cognitive Sciences major, MIT INSPIRE is an initiative led and organized by MIT students. The mission of the program, which is the first of its kind in the country, is to encourage young people to seek innovative solutions to global problems through rigorous inquiry in the humanities, arts, and social science fields.

The MIT INSPIRE competition invited high school students to submit proposals for projects in one of thirteen fields, from History to Comparative Media Studies to Economics. More than 250 students entered, and 115 were selected by a panel of MIT professors, post-docs, graduate students, and alumni to present their research at MIT as part of the three-day conference.

A team of eight MIT students, led by Rao, began planning the INSPIRE competition in November 2013. They worked together closely to raise funds, connect with key departments, design the competition itself, coordinate publicity, and manage logistics. Deborah Fitzgerald, Dean of MIT School of Humanities, Arts, and Social Sciences, and HASS academic administrator Liz Friedman were among the earliest of more than 20 current supporters at the Institute.

“It is no surprise to me that MIT would support a program such as INSPIRE,” wrote William D. Adams, Chairman for the National Endowment for the Humanities, in a letter of support for the initiative. “Long before C.P. Snow talked about what he saw as a growing rift between the sciences and humanities, MIT made sure there were no such intellectual silos in the minds of its students.”

Both Chancellor Barnhart and Dean Fitzgerald underscored the importance of exploring global challenges through an interdisciplinary lens. “If we are going to solve the world’s greatest problems,” said Fitzgerald, “we’ve got to bring brilliant, skilled people together from many fields — to address these issues as a team.”

“It is no surprise to me that MIT would support a program such as INSPIRE. Long before C.P. Snow talked about what he saw as a growing rift between the sciences and humanities, MIT made sure there were no such intellectual silos in the minds of its students.”

With topics such as “The Aesthetic of Nihilism: Nietzsche and Dada Film,” “Cultural Identity of Hispanic Child Immigrants,” and “Analysis of Tariffs in Sino-American Solar Trade War,” the finalists’ projects reflected an impressive range of interests as well as depth of insight.

A panel of MIT experts, including SHASS Associate Dean Kai von Fintel and Political Science department head Melissa Nobles, evaluated the research projects for clarity, originality, analysis, and presentation. A total of more than $48,000 in prizes were awarded to the top projects from each field. In addition, three projects were selected for the competition’s top prizes:

Dhruv Gupta and Srijith Poduval, from Alexandria, VA, were presented with the Aristotle Award for Best in Competition and Presentation, for their economics project, “The process of gathering and analyzing Twitter Data to Predict Stock Returns.”

Sydney Yuen of Poolesville, MD, won the Mozart Award for Most Original Research for her history project, “The Radium Dial Painters: Unforeseen Consequences of the Industrial Revolution.”

Xinlan Emily Hu of Louisville, KY, received the Lincoln Award, based on community choice, for her science, technology, and society project, “Formulating and Implementing a Right to Be Forgotten in the United States: American Approaches to a Law of International Origin.” 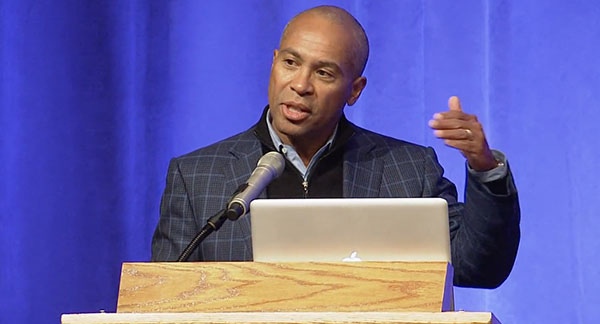 “We need a variety of perspectives — brought to bear simultaneously — to solve the big problems facing us as a people and as a society.”

“The intersection of the humanities, arts, and social sciences, with sciences, math, engineering and technology is a sweet spot at MIT,” noted Eric Grimson, MIT Chancellor for Academic Advancement, as he introduced the conference’s keynote speaker, former Massachusetts governor Deval Patrick.

“It gives me a tremendous amount of satisfaction to see the humanities and social sciences taking their rightful place alongside STEM education,” said governor Patrick, who studied English literature as an undergraduate at Harvard University. “We need a variety of perspectives — brought to bear simultaneously — to solve the big problems facing us as a people and as a society.”

Governor Patrick applauded the imagination and ingenuity of the students, encouraging them to pursue their interests with imagination, to take hold of inspiration wherever it arises, and to keep trying new things.

“It was truly incredible to see our vision become a reality,” reflected INSPIRE founder Vaishnavi Rao. Having received applications from more than one hundred schools, and two hundred students, in their first year, Rao and the entire INSPIRE team say they aim to make their program one of the nation’s premier research competitions. 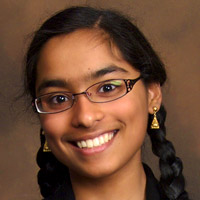 The Power of STEM + SHASS at MIT