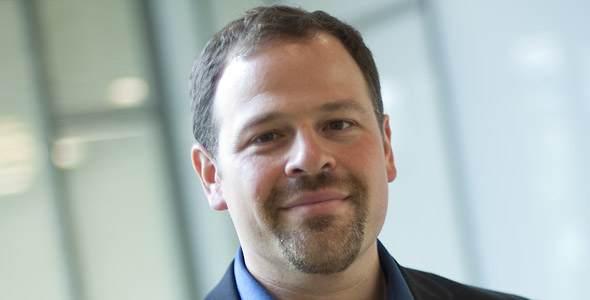 "Don’t be distracted by any single poll. The media tend to highlight polls that are surprising – those that paint a different picture of the state of the race than the pack of the others. Resist this tendency."

Question
The proliferation of opinion polls has been a factor in the 2016 presidential election. Based on your research and expertise about public opinion and the media, what would you like American voters to know about reading opinion polls? And, if you could make one recommendation to help Americans become better informed about such data, what would it be?


It’s election season and the polls are coming fast and furious. Every day brings a new wave of surveys measuring the pulse of the presidential election. Some are national polls, others are conducted at the state level. Given this blizzard of sometimes contradictory information, how can we make sense of the presidential race?  There are few simple things to remember about polls.

First, it’s important to recognize that polls vary from one another even when they are working well. Only the U.S. Census Bureau tries to interview all U.S. residents. Polls instead interview samplesof the U.S. population. On average (assuming the poll uses random sampling to select who to interview), every poll will give us an estimate of the “true” level of support for the candidates. But any individual poll could differ from this underlying average because no one interviews everyone.

The process of sampling from the U.S. population introduces sampling error — that’s the margin of error you often see in polls. So if one poll calls it a tie race, one shows a two-point Trump lead, and still another shows a two-point Clinton lead, they are all telling us the same thing — the race is too close to call. While it is important to be aware of sampling error, you shouldn’t get too caught up in the margin of error. If all the polls show a candidate with a small lead, he or she probably does have a small lead.

The bigger picture, the better

Rather than focus on any one poll, pay attention to the average of all the polls. When people ask me which polls to pay attention, I say, “all of them.” Some pollsters are better than others, but by looking at all the polls — and the trends in polls from the same organization over time — we can get a sense of where the race is going. So don’t be distracted by any single poll. The media tend to highlight polls that are surprising — those that paint a different picture of the state of the race than the pack of the others. Resist this tendency. The media highlight these kinds of polls because they provide the grist for an exciting story. In addition, activists may highlight polls that are favorable to their candidate. As an informed consumer of polls, you shouldn’t cherry-pick like this. And you don’t have to. There are a lot of people in the poll aggregation business.

Visit a poll aggregation site. Real Clear Politics, Pollster, and FiveThirtyEight all do a great job of presenting all the available polling data. Take a look at one of them; which site you pick doesn’t matter as much as the fact that it is best to look at the full picture.

News Archive: Rumors have it
Trying to correct political myths may only entrench them further.

News Archive: Explained: Margin of error
When you hear poll results reported with a certain margin of error, that’s only part of the story.