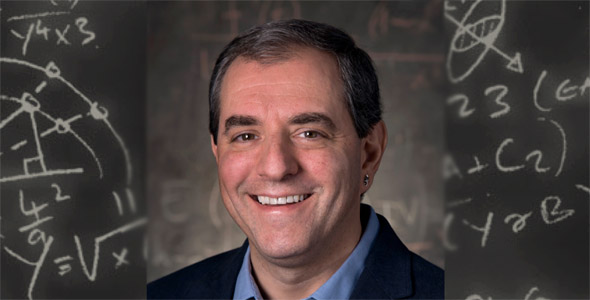 "The Earned Income Tax Credit (EITC), enacted in 1975 and enlarged by both Republican and Democratic administrations, is among the nation’s most significant tools for reducing poverty and encouraging people to enter the workforce. One of the most promising policies for assisting non-college workers is expanding the EITC to cover childless workers and non-custodial parents."

Question
Concern about economic security has been a major issue in the 2016 election. Based on your extensive research and expertise on the subject, what is the most important finding that would help an American voter assess the candidates' disparate positions on how to bolster the American economy? And, if you could make one policy recommendation that could help increase the economic stability of U.S. workers who have been negatively affected by globalization, what would it be?

This trend of declining employment and earnings augurs ill for the economic prospects of non-college men, for the welfare of their partners, spouses, and children, and for the social fabric of the communities in which they reside. Not by coincidence, the dissatisfaction, frustration, and anger of non-college men has been a catalytic force in the U.S. presidential election.


Opposing answers to the same question

While both major presidential candidates, Donald Trump and Hillary Clinton, claim that their policies will improve the welfare of less affluent Americans — particularly blue collar men — they take distinctly different approaches toward addressing the challenges. Candidate Trump promises to lift up non-college men by closing U.S. borders to illegal immigrants who may compete for non-college jobs, placing hefty tariffs on imports from developing countries that compete with the U.S. for manufacturing work, rolling back environmental regulations that curtail employment in coal production and smokestack industries, and cutting corporate taxes and income tax burdens on the wealthy in pursuit of more rapid economic growth.

In pursuit of similar objectives, Secretary Clinton promises to implement an almost diametrically opposed set of policies: raising taxes on corporations and on the wealthy to pay for an expansion of the social safety net, granting paid family and medical leave to workers at public expense, offering free or reduced tuition to those seeking job training or higher education, launching massive infrastructure projects that will employ blue collar workers, and strengthening organized labor’s ability to collectively bargain with employers.

One of the most promising policies for assisting non-college workers — a policy that unfortunately neither candidate is discussing — is expanding the Earned Income Tax Credit (EITC) to cover childless workers and non-custodial parents. The EITC, enacted in 1975 and enlarged by both Republican and Democratic administrations, is among the nation’s most significant tools for reducing poverty and encouraging people to enter the workforce. In 2014, the EITC and the refundable Child Tax Credit supported 32 million working families, most with dependent children.

Because receipt of the EITC is contingent on work, much reputable economic research confirms that the EITC increases both income and employment. By raising the incomes of citizens employed in low-paying jobs, the EITC provides a substantial economic boost to workers struggling in the labor market for any number of reasons — trade-induced manufacturing decline, technological displacement, adverse macroeconomic conditions (as occurred during the Great Recession), poor health, or simply low levels of skills and training.

Unfortunately, workers who do not have qualifying children miss out on the anti-poverty and employment benefits of the EITC. In 2015, workers with three-plus dependent children could receive up to $6,242 in EITC income from the federal government. By contrast, adults without children and adults who are non-custodial parents could receive at most $503 in EITC income — which in economic parlance is bupkis. As such, the EITC provides little cash assistance or employment incentive to childless workers and non-custodial parents — many of whom are non-college and minority males. Thus, ironically, the EITC systematically denies assistance to a demographic group that is arguably most sorely in need of its help.

News Archive: Q&A: David Autor on inequality among the “99 percent”
MIT economist aims to move the inequality discussion beyond the “1 percent.”

News Archive: Trading places
Economists take a new look at the evidence that the U.S. has lost millions of jobs to China.