On the "Putinization" of Politics | Elizabeth Wood
Professor of History 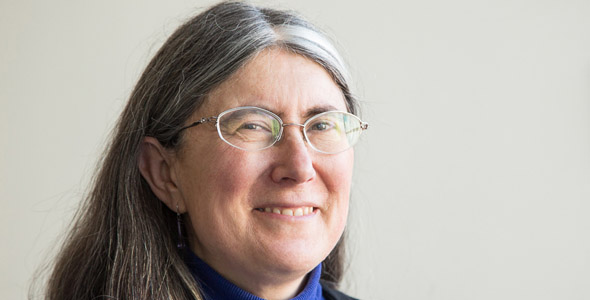 "The casualty of the 'Putinization' of American elections is the creation of a reality-TV-style of campaigning based on machismo, a loss of authenticity, and a failure to acknowledge the importance of institutions, laws, and solid economic policies designed to increase the general welfare of the nation."

Question
Concern about the possible role of Russian President Vladimir Putin in the American political process has emerged as an issue in the 2016 presidential election. Based on your research as a historian of Russia, what do you make of this development, and what is the most important perspective you have about Russia and President Putin that would be useful for an American voter to know?


Observers of the political scene are accustomed to seeing “globalization” primarily in economic terms, such as trade agreements, with ramifications for climate change, refugees, and wars. But for the last 20 years there has also been an increase in sharing political advisers, media companies, and the like. In the 1990s Russian President Boris Yeltsin sought and received advice from Western media companies, especially in his famous 1996 campaign, which many remember for his attempt at rock-and-roll dancing in a music video.

When Vladimir Putin came to the Russian presidency in 1999—2000, he also vigorously sought campaign advice from U.S. and British media moguls, for all that he made a pretense not to be campaigning. By the early 2000s it became possible to speak of a Putin phenomenon, a form of brash media presence that influenced a number of world leaders including Recep Tayyip Erdogan in Turkey, Silvio Berlusconi in Italy, Nicolas Sarkozy in France, and others. When Putin appeared shirtless in 2007, Sarkozy and Obama were not far behind in media shots of their pectoral muscles.


The cost of persona politics

We can define this Putin presence as a particular style of self-presentation marked by appeals to the voter based on a set of muscular masculine stereotypes, including brusque language, apparent disregard for “niceties,” and a willingness to break the rules, even the conventional rules of political debate. In Putin’s own case the effect is to create an identity between the individual (Vladimir Putin) and the state, allowing Putin to be framed in the media as the sole champion of the state, its most powerful representative. The cost of this style of self-presentation, however, is political discourse itself.

The effect of the high glamour and drama of this kind of presidency is a focus on the person, not the contest over ideas and policies that reasonable voters can disagree about and can and should use the political moment to debate. A second cost is a focus on the person at the expense of an understanding of institutions, laws, and policies. The Russian president breaks the rules (including lying in flagrant ways) and this is perceived positively in Russia because he is the champion of the nation. A third cost is what we can call the “masculinization” of politics, which, unfortunately, has the effect of encouraging bellicose rhetoric and disadvantaging female candidates who are routinely criticized when they seem too “aggressive.”

That one of the American candidates should resemble and express admiration for the Russian president could perhaps appear accidental. Donald Trump has long had the same brusque persona that Putin has chosen to develop. But his choice of campaign manager Paul Manafort from April to August of this year suggests otherwise. Manafort worked in the pro-Russian Ukrainian campaigns of Viktor Yanukovych and others for almost 10 years (formally from 2004—2010 with ongoing relations until 2014). In late April, soon after he was hired, Manafort claimed openly that Trump had been “projecting an image” that was evolving and differed from the private Trump who, in his words, had “more depth.”

The casualty of the Putinization of American elections to my mind is not so much the hacking of emails and voting records (a practice that as yet has been traced only to Russian hackers, not to the Russian government), but rather the creation of a reality-TV-style of campaigning based on machismo, a loss of authenticity (the separation of “image” from “depth”) and a failure to acknowledge the importance of institutions, laws, and solid economic policies designed to increase the general welfare of the nation.

News Archive: From Russia to MIT
A new collaboration is bringing Russian culture to the Institute