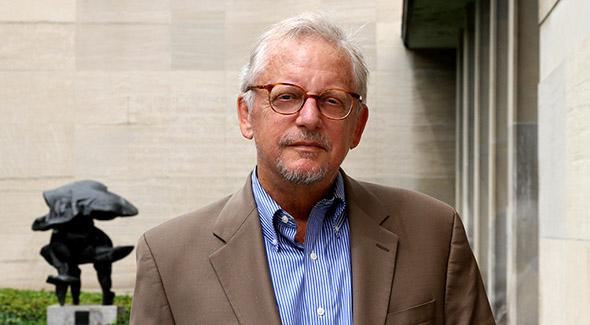 "Negative attitudes toward immigrants have many roots. The economy and 'job stealing' have often ranked high on the list of grievances, but several studies demonstrate that immigrants of all kinds boost the U.S. economy overall and hurt few if any native-born Americans. So, what really mobilizes anti-immigrant attitudes?"

Question
Concerns about terrorism and conflicting attitudes about immigration have emerged as major, and sometimes conflated, factors in the 2016 presidential election. Based on your research and expertise on national security and immigration, how do you assess the candidates' positions, and what are the most important findings about these issues that would be useful for an American voter to know? Finally, if you could make recommendations for U.S. policy or approaches that would help diminish the root causes of terrorism, what would they be?

Immigration emerged early in this election cycle as a hot button issue, and Donald Trump owned it almost as soon as he entered the race. It’s fair to say that no other issue contributed as mightily to Trump’s campaign for the Republican nomination for president. Along the way, he expanded his focus on building a wall along the U.S.-Mexican border to a suspension of Muslim immigration and mass deportations. Those promises have dominated the campaign, but there are other pressing aspects of immigration that also need addressing.

[Note: Both of Trump’s campaign stances have been controversial although popular with a segment of the U.S. public. Support for the wall has been declining, however, since first proposed; as of January 2018, the majority of Americans oppose building a border wall. A CBS News Poll from the same time found that "nearly nine in 10 Americans (87 percent) favor allowing young immigrants who entered the U.S. illegally as children to remain in the U.S. – a policy known as the Deferred Action for Childhood Arrivals (DACA) program. This is a view that spans partisan lines."]

The negative attitudes toward immigrants have many roots. The economy and “job stealing” have often ranked high on the list of grievances, but several studies — including one just released by the National Academy of Sciences — demonstrate that immigrants of all kinds boost the U.S. economy overall and hurt few if any native-born Americans. What mobilizes anti-immigrant attitudes most are the widespread use of Spanish, the prospect of “illegals” being granted U.S. citizenship, and the seemingly growing threat of crime and terrorism by immigrants.

As it happens, immigrants of all kinds commit crimes at a lower rate than the native-born. But spectacular shootings in San Bernardino and Orlando, and an attempted attack in New York and New Jersey, have recently focused attention on self-radicalized Muslims and immigration. Murderous attacks in Paris and elsewhere in Europe by Muslim extremists have added to Americans’ sense of danger.

The alarm generated by the shootings here has been conflated with the illegal immigration issue to create a kind of perfect storm of anti-immigrant fever. All the people involved in the mass shootings, however, were legal immigrants or native-born Americans with parents that immigrated. None, of course, were Latinos. Yet a persistent myth threading through the immigration debate is the vulnerability of the southern border to entry by terrorists. Not a single case of such penetration has ever been recorded.

So several factors explain why anti-immigration rhetoric resonates with much of the public. At the same time, somewhat paradoxically, large majorities of Americans continue to support legalization and even citizenship for unauthorized immigrants — the core of Hillary Clinton’s position — and generally see immigration as a good thing for American society.

"The national discussion still misses a key dimension: why are people migrating, and in what ways is the United States involved in those reasons?"

The debate in the presidential campaign plays on these swirling sentiments, many of them set loose by recent, violent events. But the national discussion still misses a key dimension: why are people migrating, and in what ways is the United States involved in those reasons?

One striking example is the so-called border kids, or unaccompanied minors, and women with small children who have made their way from Central America to the U.S. border. They number in the tens of thousands annually, driven toward the United States by drug gang violence and disrupted livelihoods. The drug gangs are made possible by America’s unquenchable hunger for recreational drugs. The disrupted livelihoods — and resulting poverty — are partly an outcome of free trade pacts, which have stricken Mexican and Central American agrarian workers hardest.

The point is not to apportion blame, but to recognize that migration has causes that can be addressed gainfully by the receiving country. That recognition might also change our outlook on the migrants themselves, those escaping dire conditions, enabling us to see them as refugees — protected by international law — rather than as troublesome, illegal immigrants. It would also help us realize that immigration and terrorism are linked, but in ways too rarely acknowledged: the grinding, everyday terror and violence in the poor precincts of the global south.