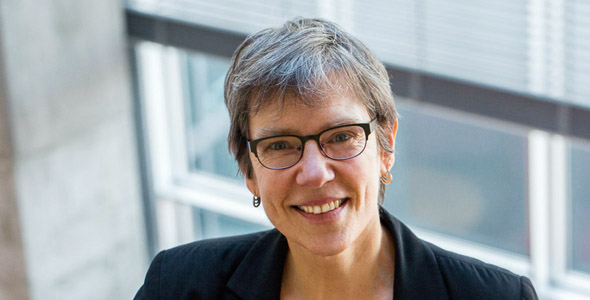 
Question
For the first time in history, a woman is a serious contender for the U.S. presidency. Based on your research, to what degree do you think gender bias and sexism have been factors in the 2016 election process? What is the single most important finding/perspective about gender attitudes that would be useful for an American voter to know?

It is hard to deny that some media outlets and news stories about the presidential election are sexist. That is to say, they unfairly devalue Hillary Clinton’s accomplishments, spread misinformation that is prejudicial, and hold her to different and higher standards than they hold Donald Trump, and do so because she is a woman. How might we support this claim? Must we show that particular journalists have sexist attitudes and these attitudes motivate their distortions? The quick answer is: No. Here's some background to help identify the phenomenon of sexism and gender bias.

"Sexism" is a term that applies to a set of practices, structures, institutions, or policies that unfairly or unjustly disadvantage women because they are women. They might exploit women’s labor, deprive women of power and autonomy, devalue women’s talents and abilities, or expose women to systematic violence, among other things. The practices need not be ones that target all women, but may target a subgroup, e.g., a sexist policy might specifically target poor women.

Sexism also takes different forms in different contexts and when aimed at different groups. Sexism toward women of color may involve policies designed to limit pregnancies, whereas sexism toward white women may involve policies encouraging them. "Sexist" applies to such practices, policies, and the like, and also to statements, ideas, and individuals who create, promote, or sustain sexism, whether intentionally or not. (See also Frye “Sexism,” 1983.)

So paying women less for comparable work is sexist because it exploits women’s labor. Advertising campaigns that represent women as interested primarily in what detergent brightens their whites are sexist because they misrepresent women’s interests and trivialize women’s abilities; they also assume, and so reinforce, what is often an unfair division of labor in the household according to which women are responsible for childcare, eldercare, and housework, and men are responsible for yard work and car repair. Comments or images that sexually objectify women are sexist because they sustain a culture in which sexual violence is normalized.


What is unconscious sexism?

In this view, whether one is a sexist, or behaves in sexist ways, isn’t just a matter of one’s attitudes. I might act in ways that are sexist, even if I don’t believe that women are inferior to men, e.g., if I engage in sexist practices unthinkingly (perhaps due to implicit bias), or support sexist policies without realizing that they are unjust. Plausibly, sexism that is unconscious or based in ignorance is still wrong, but typically less blameworthy than conscious and knowing sexism.

An Example
Unconscious sexism may be playing a role in the uptake of certain narratives by the media and the electorate. For example, a prominent stereotype in the cultural background is that women are weak, unable to handle pressure, and therefore unreliable. Although Clinton has demonstrated remarkable stamina during her time as secretary of state and in Senate hearings, and although she has disclosed a substantive medical evaluation, both the media and Trump have raised questions about her health as a way to challenge her fitness for office.

Although Trump’s medical report falls significantly short of a professional evaluation, it is not treated as an issue in his campaign. In this respect, the media seems to hold Clinton to a higher standard than Trump and does so by drawing on and reinforcing sexist stereotypes. Other examples include: taking seriously the claim that Clinton is a “liar,” even though fact-checkers have determined that she is more honest than most politicians, and far more honest than Trump; publicizing the claim that she is “crooked,” even though Trump, and not Clinton, has been an ongoing target of lawsuits and allegations of fraud; repeating the history of Bill Clinton’s sexual infidelities, while mostly ignoring Trump’s adultery and sexual misconduct.

In these cases, Clinton is cast as the weak, irrational, conniving, sexually exploited woman, in keeping with a stereotypical list of feminine vices. The fact that the message is concordant with the stereotype amplifies it, and stories “stick” when they seem to confirm dominant stereotypes. This is sexist: It unfairly disadvantages Clinton (and those women who would benefit from her presidency) because she is a woman.

"Androcentrism is a particular form of sexism that occurs when men’s lives, the local norms of masculinity, or masculine values are assumed to constitute what is good, right, and proper for humans as a whole."

Other forms of sexism: androcentrism and misogyny

Where else might we find sexism in the lead-up to the election? Androcentrism is a particular form of sexism that occurs when men’s lives, the local norms of masculinity, or masculine values are assumed to constitute what is good, right, and proper for humans as a whole. For example, androcentric career paths structure promotion so that the greatest hurdles fall within a woman’s childbearing years.

Misogyny is a counterpoint to androcentrism. A misogynist assumes the appropriate gender roles for men and women are fundamentally different and endorses distinct masculine and feminine norms. Women who satisfy feminine norms are accepted, even praised, those who don’t are despised and punished. When misogyny combines with androcentrism, masculine men represent the highest achievement for humans; feminine women are exemplars for their (albeit inferior) kind. Effeminate men and non-feminine women are considered defective humans, at best, and are considered in need of correction or punishment.


Impact on the nation

There are many things that might be said about the androcentrism of the U.S. political system and the ways it rewards masculinity. Masculinity, of course, is associated with strength, courage, protection, and violence (as needed); femininity is associated with care, upkeep, negotiation, peacekeeping. Although national security is a reasonable concern in a presidential election, one could argue that, in Jane Addams’ words, civic housekeeping is at least as important for the well-being of our country as defense (Haslanger 2016).

Yet how much do Clinton’s decades of work on children’s rights, health care, and environmental protection count as qualifications for president, compared to Trump’s alleged business success, built upon unfettered self-interest and aggression toward any threat? Are Clinton's strengths too feminine? Has she developed hawkish values in order to compete for the office of “top man”? Clinton is caught in a double bind: If she appears feminine, then due to androcentrism, she isn’t suited to office; if she appears masculine, then due to misogyny, she must be corrected or punished.

"Arguably, the androcentrism of our political system eclipses Clinton’s hard-won accomplishments and her vision of America’s strengths...This form of sexism is dangerous for the well-being of our republic."

At this moment in history, the country is being torn apart internally by conflict, mistrust, anger. The masculinist model of unifying us against the enemy (terrorists, immigrants, welfare recipients, etc.) is hopeless when the enemy is then claimed to be among us. Any meaningful unity must include Muslims, Mexican immigrants, African-Americans, the poor, the disabled.

As long as “being presidential” and “looking presidential” are about being and looking masculine, we will be unable to address what is ripping us apart. Arguably, the androcentrism of our political system eclipses Clinton’s hard-won accomplishments and her vision of America’s strengths, and it places undue weight on Trump’s particular form of masculinity. This form of sexism is dangerous for the well-being of our republic.

Finally, Trump’s misogyny is not hard to identify. As Kate Manne has forcefully argued, Trump claims to adore women, but only those women who fit his stereotypical ideal. Any woman who crosses him is insulted, ridiculed, abused. Most recently, Trump’s shaming of Alicia Machado is a paradigm case. She was awarded the crown as Miss Universe, but then characterized as disgusting when she gained weight. Trump does not love women, he loves his image of women. He sees his job as enforcer of femininity and embraces women as long as they conform to it. Heaven forbid that a woman should bleed, or be old, or fat, or disagree with him.

What would be useful for the American voter to know when considering the candidates for election? I’ve suggested that some media sources have been sexist and provided biased information about the candidates; that there is androcentrism in deciding what qualifications matter and in the values that are foregrounded; and that there is compelling evidence that Trump is a misogynist. My goal, however, is not to have settled these claims in such a short discussion, but to provide conceptual tools that readers themselves can use in evaluating the presidential candidates, the debates, and the unusual public discourse of this unusual election.

News Archive: Q&A with MIT philosopher Sally Haslanger
What is ‘natural’ and what is ‘social’?