"The project to renew and renovate this handsome Art Deco-era building to meet our current and future education and research needs is a magnificent gift to MIT, and one that deeply supports our capacity to serve the world."

The Morris and Sophie Chang Building, also known as Building E52, was formally dedicated on March 3, 2016. Morris Chang, SB ’52, SM ’53, ME ’55, and his wife Sophie, provided a gift that allowed for the building’s restoration and renovation. The historic art deco building re-opened in January following the two-and-half year project.


The ceremony also acknowledged the building’s new Samberg Conference Center, named in honor of Arthur Samberg, SB ’62, and his wife Rebecca Samberg, and a light installation by Leo Villereal, funded by the Percent-for-Art project.

Photo Gallery from the Dedication Ceremony 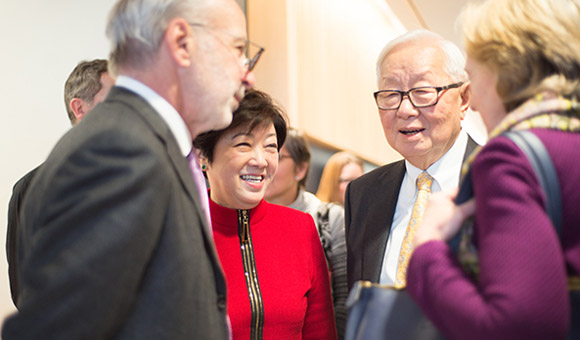 Morris Chang, a lifetime emeritus member of the MIT Corporation and a member of the MIT Sloan School Asian Executive Board, is the founding chairman of the Taiwan Semiconductor Manufacturing Company. Sophie Chang is an artist who serves as the director of the volunteer society of the company’s foundation. 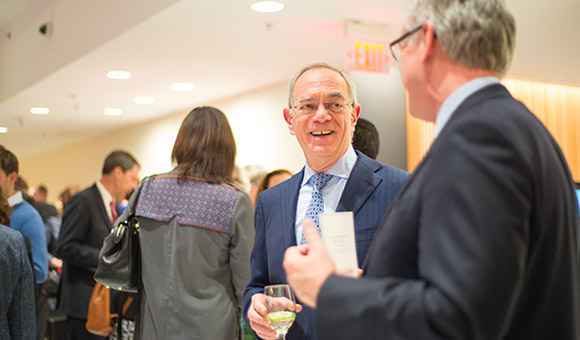 “Today we officially name E52 in honor of two people who have given so much to MIT for so long,” said President L. Rafael Reif. An electrical engineer, Reif also lauded Chang’s vision in creating “the first company devoted exclusively to the business of semiconductor production.” 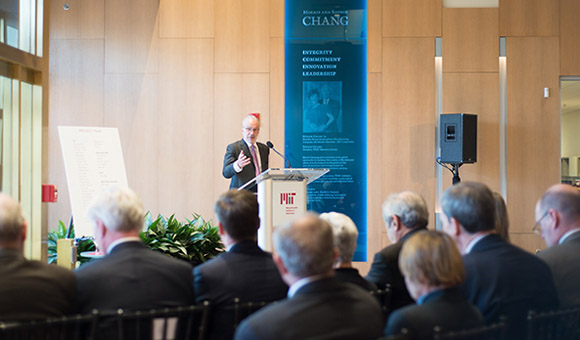 Robert B. Millard, SB ’73, chairman of the MIT Corporation, thanked all of the donors for the chance to “celebrate the renewal of a much-needed space.” 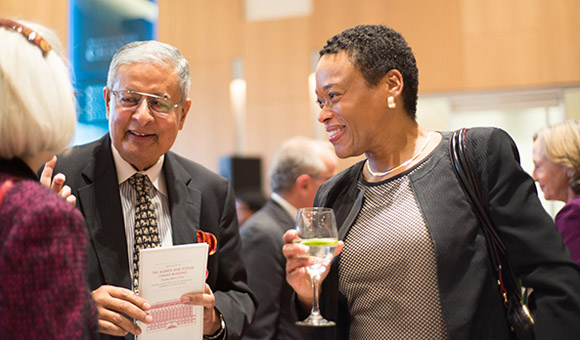 Melissa Nobles, dean of MIT’s School of Humanities, Arts, and Social Sciences, which includes the Department of Economics, spoke with Victor Menezes, SM ’72, a member of the MIT Corporation and an MIT Sloan Executive Board member. Nobles said the restored building is a “magnificent gift to MIT.” 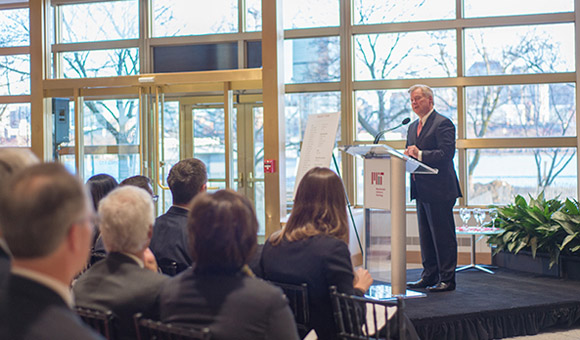 “The connection between our management faculty and the economics faculty has long been one of the very most important points of connection and this project’s closure enables the strengthened reconnection of management and economics here at MIT,” said MIT Sloan Dean David Schmittlein.

Israel Ruiz, SM ’01, MIT executive vice president and treasurer, recalled his first time in the old Building E52 lobby as an MIT Sloan student. “I stood here admiring the space ... before I decided to walk around and knock on some doors. One of the doors I knocked on turned out to be the office of Paul Samuelson, the MIT economist and Nobel Prize winner … it’s amazing to look back on how Professor Samuelson invited me in, and in minutes, helped me understand the essence of MIT.” 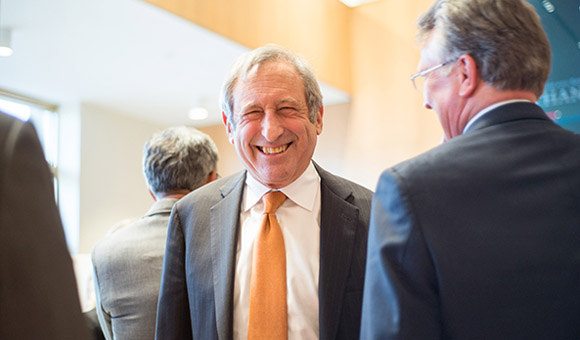 Arthur (SB ’62) and Rebecca Samberg’s philanthropy transformed what was formerly known as the MIT Faculty Club into a revitalized conference center with a glass-enclosed rooftop addition. Samberg is a life member of the MIT Corporation. 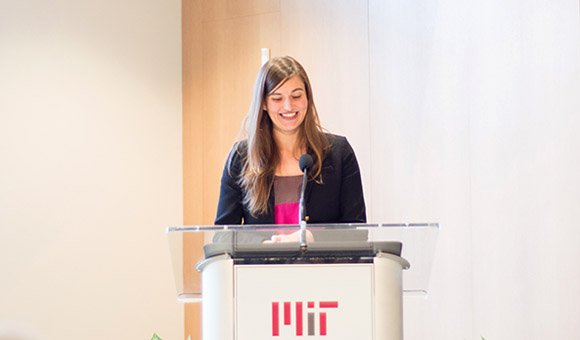 “From my vantage point, as a student, you have produced a building that truly reflects … the best characteristics of the economics department as well as MIT as a whole,” said Angela Kilby, SB ’07, a doctoral candidate in economics.