MIT named No.1 university worldwide for Economics and Linguistics 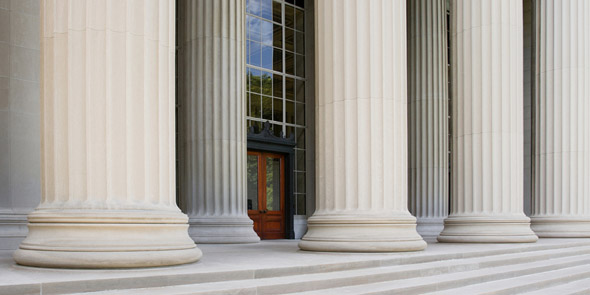 MIT has been named the top university in the world for both Economics and Linguistics in the latest subject rankings from QS World University Rankings.

This is the third consecutive year that MIT Linguistics has topped the QS rankings, and the second consecutive year for the MIT Department of Economics. Both academic areas are part of the MIT School of Humanities, Arts, and Social Sciences.

David Pesetsky, Ferrari P. Ward Professor of Modern Languages and Linguistics, Margaret MacVicar Faculty Fellow, and head of the Linguistics section, had this to say: “It is an incredibly exciting privilege for all of us to be part of Linguistics at MIT. Each year brings new discoveries and ideas, and a great pleasure is the ability to work with (and learn from) our fantastic students, both graduate and undergraduate.”

"We are pleased and honored for MIT Economics to be recognized in this way," said Whitney Newey, Jane Berkowitz Carlton and Dennis William Carlton Professor of Economics and head of the department. "So many of our faculty are leaders in their fields, are such capable teachers, and work together well. Our graduates are extremeley successful as well. The department is deeply collegial and an exciting place for both students and faculty to learn and grow."


Ten additional No.1 rankings for MIT

Additional high-ranking MIT subjects include: Accounting and Finance (No.2), Art and Design (No.2), Mineral and Mining Engineering (No.2), Mathematics (No.3), Environmental Science (No.3), and Earth and Marine Sciences (No.4).

Published annually by Quacquarelli Symonds Limited, the subject rankings are designed to help prospective students find the leading schools in their field of interest. QS rankings are based on academic reputation, employer reputation, and research accomplishments.

This past September, MIT was named the No.1 university in the world by the QS World University Rankings — the fourth straight year MIT has held the top spot.

The MIT Economics Department is one of the world’s preeminent economic research and teaching institutions. It is one of the leaders, if not the leader, in graduate training, and it offers the most rigorous undergraduate economics education at any U.S. college or university. Graduates of the Economics doctoral program are now well-represented on the faculties of virtually all leading economics departments. The Department’s faculty are engaged in leading research that informs policy for climate, economic development, education, employment, growth, health, and trade. Four of the department's scholars have received Nobel Prizes (Peter Diamond, the late Paul Samuelson, Robert Solow, and the late Franco Modigliani), and many are Fellows of the National Academy of Sciences, the American Academy of Arts and Sciences, and the Econometric Society.
More

A world leader in linguistics research and education, MIT Linguistics scholars strive to uncover the rules that govern the structure of particular languages as well as the laws and principles that govern all natural languages. The core program includes the traditional subfields of linguistics—phonetics, phonology, morphology, syntax, semantics, and psycholinguistics—while exploring the interrelations between linguistics and other disciplines, such as brain and cognitive sciences, philosophy and logic, literary studies, music theory, speech science, and engineering. The founding scholars of MIT Linguistics—including Noam Chomsky and Morris Halle—seeded a major transformation of linguistics as a discipline. As Professor Pesetsky said of those gathered at the 2011 symposium to celebrate the 50th anniversary MIT Linguistics, "Collectively, this was the group that built the field of modern linguistics." The program builds upon this foundation with continued cutting-edge research by faculty and graduate students alike.
More