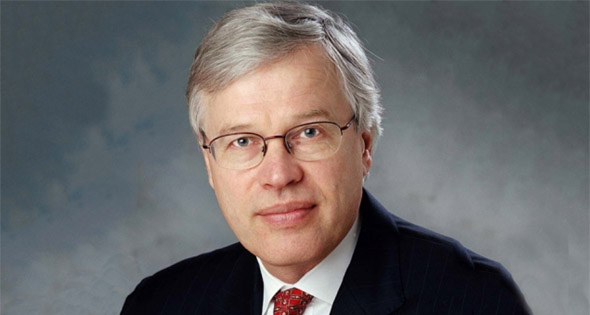 “We are very proud to celebrate Bengt Holmström’s pioneering economics research today. His foundational research in contract theory, which has provided practical tools for many areas of modern society, represents MIT’s profound commitment to basic research that can generate new and deep understandings of the human complexities — the political, cultural, and economic realities that shape our existence.

Bengt has been a much-admired member of MIT’S School of Humanities, Arts, and Social Sciences since 1994, and on behalf of the entire school community, I want to wish him — and his co-winner, Oliver Hart, of Harvard — our warmest congratulations.”

Bengt Holmström, an influential MIT economist and long-time faculty member, has been named a winner of the 2016 Sveriges Riksbank Prize in Economic Sciences in Memory of Alfred Nobel, for his work on contract theory.

Holmström was named co-winner of the prize along with Oliver Hart of Harvard University.

Holmström said he was “surprised and honored” to be a recipient, in a conversation with MIT News after he was notified about the award.

“I am very lucky,” Holmström stated, adding that significant credit for his honor should go to his own mentors and colleagues. Holmström also said it was “wonderful to share the award” with Hart and credited MIT for providing a professional and intellectual home for over two decades.

“MIT is a wonderful place,” Holmström said, noting that he was “very glad” to represent the Institute as a Nobel winner. Holmström is the Paul A. Samuelson Professor of Economics in the Department of Economcis in the School of Humaniites, Arts, and Social Sciences, and also holds a joint appointment in the MIT Sloan School of Management.

“MIT’s latest Nobel laureate is not only an extraordinary economic thinker,” said MIT President L. Rafael Reif while introducing Holmström at an on-campus press conference on Monday morning. “Bengt Holmström is also an outstanding citizen of MIT and a delightful human being.”

The Royal Swedish Academy of Sciences, in granting the award, notes that contracts “are essential to the functioning of modern societies,” and states that the work of the two economists had been “invaluable in helping us understand real-life contracts and institutions, as well as the potential pitfalls when designing new contracts.”

The Academy’s award cites multiple aspects of Holmström’s work on contracts that have contributed significantly to our understanding of the issue, dating to the 1970s.

Story at The New York Times