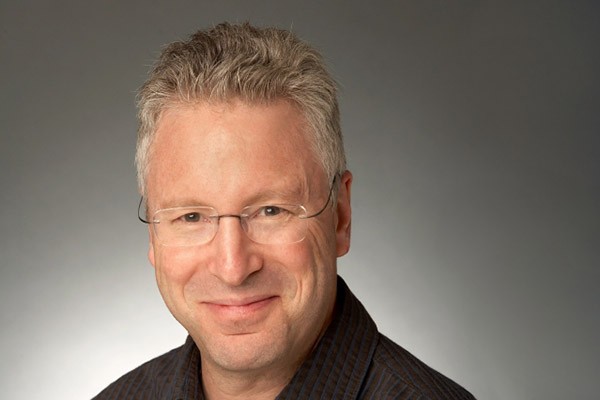 The fellowship will support Levenson's current research on the South Sea Bubble of 1720 — an important moment in the development of modern capitalism. By examining this complex event in a new light, his goal is to uncover connections between the development of the scientific revolution and the understanding of currency as an abstract value rather than an object, such as a gold coin.

Thomas Levenson, Professor of Science Writing and Director of the Graduate Program in Science Writing, has been awarded a 2016 fellowship by the John Simon Guggenheim Foundation.

"I am delighted to find that two members of the SHASS community — Adam Berinsky and Tom Levenson — have been awarded prestigious Guggenheim fellowships," said Melissa Nobles, Kenan Sahin Dean of the School of Humanities, Arts, and Social Sciences. "Though they work in different fields, both scholars are developing projects of fundamental importance to life in the 21st century."

This highly competitive mid-career award recognizes scholars and artists for their exceptional work and supports their current scholarly or artistic projects. Selected from thousands of other scientists, scholars, and artists by a panel of their peers, Guggenheim fellowships are intended to allow recipients time to work with "as much creative freedom as possible."

The fellowship will support Levenson's current research into the 18th Century South Sea Bubble, an important moment in the development of modern capitalism. By examining this complex event in a new light, his goal is to uncover connections between the development of both the scientific revolution and the understanding of currency as an abstract value rather than an object, such as a gold coin.

“What's interesting to me about the South Sea Bubble," Levenson said, "is the way these ideas about money that led to the crash were drawn quite directly from the scientific revolution, particularly ideas about the application of mathematics, which came to be applied not just to calculate the tragectory of a cannonball but across all areas of human activity."

He hopes not only to bring forth a new understanding of that crucial period, but to offer a more in-depth picture of the evolution of modern financial capitalism — and its crises. He aims to bring the project to completion over the course of the fellowship.

“The great gift this fellowship gives is that of time,” Levenson explained. “Being able to focus on a single project across the hours and days it needs is such a powerful way to work, and I couldn’t be happier, or more grateful, for the opportunity the Guggenheim opens up.”

Earlier this year, Levenson also received the MIT-SHASS Levitan Prize in the Humanities, also in support of his current research and book project. The Guggenheim Fellowship has a special place in Levenson family lore as well. One year, when Thomas Levenson was a boy, his family had gathered to celebrate the Passover Seder.

"My sister got up to open the door for Elijah, which is part of the traditional ceremony," he said. "And when she opened the door, the Western Union man was standing there, telegram in hand, with the news that my father had just won a Guggenheim Fellowship."

Levenson jokes that he and his father, Joseph R. Levenson, may not the first parent-child duo to win the award, but "my family still laughs about Elijah bringing him the award that night."

Thomas Levenson has produced, directed, and executive-produced more than a dozen science documentaries, largely for the PBS series NOVA, since his entry into film in 1987. He is the author of five books on the history of science, most recently The Hunt For Vulcan (2015) — which Kirkus Reviews called a “fast-paced example of exemplary science writing” — and Newton and the Counterfeiter (2009).  His short-form writing has been published in many newspapers, magazines and digital publications. He is currently a columnist for The Boston Globe's Ideas section.

Levenson has received the National Academies Science Communication Award, shared a George Foster Peabody Award, won the AAAS science communication prize, and received the James A. (1945) and Ruth Levitan Prize in the Humanities from MIT.

3Q: Thomas Levenson on the hunt for Vulcan, the missing planet
New book details the scientific search for a planet — before Albert Einstein halted the quest.

What lies ahead for science and science writing?
10th anniversary of MIT Graduate Program in Science Writing celebrates past, looks to future.