HEALTH OF THE PLANET 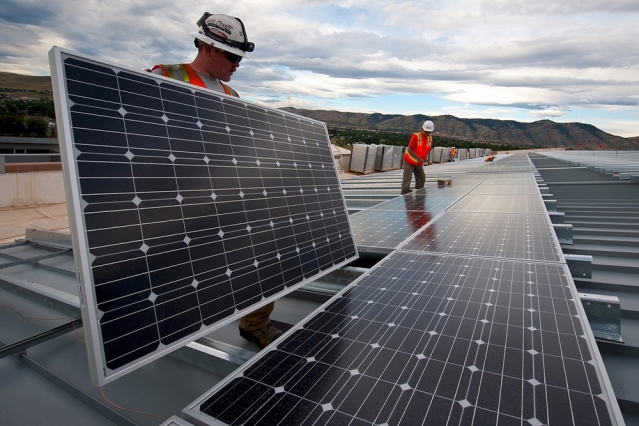 Since the 1980s, the United States has often been a world leader in supporting renewable energy technologies at the state and federal level. Thirty-seven states have enacted binding or voluntary renewable portfolio standards (RPS) requiring that a portion of the electricity mix come from renewable sources by a given date. But since 2011, adoption of such standards has slowed, and in the past several years there have been many attempts — some of them successful — to weaken, freeze, or repeal renewable energy laws.

Given the outcome of the 2016 presidential election, increased federal investment in renewable energy is unlikely for the foreseeable future. As a result, state-level renewable energy policies will likely be central to driving new deployment. Past research has shown that public opinion plays a crucial role in facilitating a political consensus around new policies in U.S. states. If that’s true for renewable energy policies, then people’s views may have a major influence on future actions taken by their states.

For the past three years, MIT Associate Professor Christopher Warshaw of the Department of Political Science and Leah Stokes SM ’15, PhD ’15, now an assistant professor of political science at the University of California at Santa Barbara, have been examining the interaction between public opinion and renewable energy policymaking. First, is there evidence that public opinion and energy policy align within a particular state? And second, what determines that public opinion? For example, can the design of a given RPS policy or how it’s presented to the public — that is, how it’s portrayed or framed — increase or decrease support for the policy?

Now, an analysis by Warshaw and Stokes finds that state legislators are, in fact, broadly responsive to public opinion in this policy arena. And based on data from a public opinion survey, the researchers offer practical advice on how to bolster public support for renewable policies.

Find more SHASS stories about the Health of the Planet