Starr Forum
The Struggle Against Terrorism: Lessons Learned and Next Steps

Watch a video of the event

Counter-terrorism discussion with Under Secretary of State Sarah Sewall.

Dr. Sarah Sewall is a longtime expert on civilian security and human rights. Dr. Sewall was sworn in as Under Secretary for Civilian Security, Democracy, and Human Rights on February 20, 2014. She serves concurrently as the Special Coordinator for Tibetan Issues. Over the previous decade, Dr. Sewall taught at the Harvard Kennedy School of Government, where she served as Director of the Carr Center for Human Rights Policy and directed the Program on National Security and Human Rights.

Dr. Sewall has extensive experience partnering with the U.S. armed forces around civilian security. At the Kennedy School, she launched the MARO (Mass Atrocities Response Operations) Project to assist the U.S. military with contingency planning to protect civilians from large-scale violence. She was a member of the Defense Policy Board and served as the Minerva Chair at the Naval War College in 2012. She also led several research studies of U.S. military operations for the Department of Defense and served as the inaugural Deputy Assistant Secretary of Defense for Peacekeeping and Humanitarian Assistance in the Clinton Administration. Prior joining the executive branch, Dr. Sewall served for six years as the Senior Foreign Policy Advisor to U.S. Senate Majority Leader George J. Mitchell and earned a Ph.D at Oxford University, where she was a Rhodes Scholar.

Sponsor
This event is sponsored by the MIT SHASS Center for International Studies.

Watch a video of the event 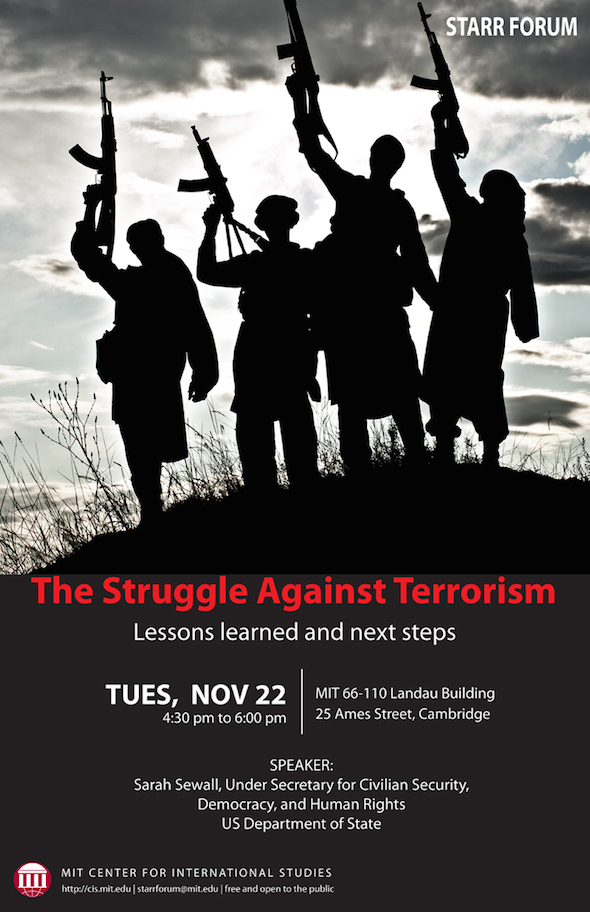