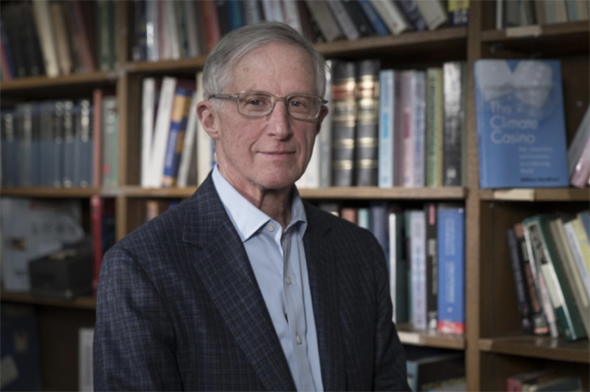 ‘‘[Nordhause showed that] the most efficient remedy for problems caused by greenhouse gases is a global scheme of universally imposed carbon taxes.’’

William D. Nordhaus PhD ’67, a scholar known for his work on the long-term interaction of climate change and the economy, will share the 2018 Nobel Prize in economic sciences, the Royal Swedish Academy of Sciences announced today.

Nordhaus, a professor of economics at Yale University, shares the award with Paul M. Romer of New York University's Stern School of Business, who also did graduate work at MIT. The academy announced that the two economists have “significantly broadened the scope of economic analysis by constructing models that explain how the market economy interacts with nature and knowledge.”

In Nordhaus’ case, the academy cited his pioneering development of an “integrated assessment model” representing “the global interplay between the economy and the climate.” Nordhaus has refined multiple iterations of his model. He has also written about climate and economics for a broad audience, as the author of several books.