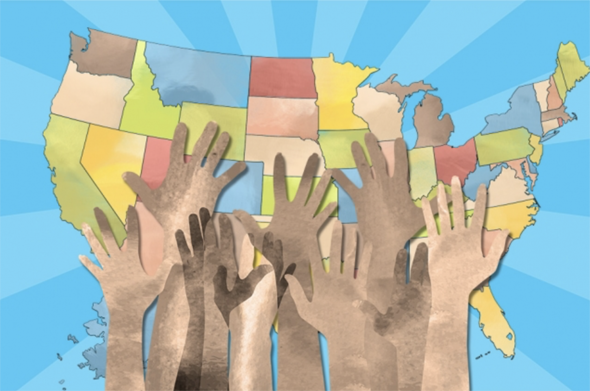 “Even if there’s no change in party control, incumbent officials are paying attention to what voters want and are adapting on the margins to changes in public opinion.”

In politics, your voices make a difference.

At least at the state level of U.S. politics, that is. A new study co-authored by an MIT political scientist shows that state policies in the U.S. from 1936 through 2014 have been responsive to public opinion — and have become even more aligned with it in recent decades.

“Responsiveness to public opinion has grown over time,” says Devin Caughey, an associate professor of political science at MIT and co-author of a newly published paper detailing the findings.

And while the existence of a clear relationship between public sentiment and policy might be “sort of surprising” to some observers, Caughey adds, “If you didn’t find any responsiveness at all, it would be pretty concerning.”

The study turned up a number of related findings as well. State-level government responsiveness to public opinion has varied across regions in recent decades; is stronger outside the South; and does not seem to derive directly from structural reforms to government. Policy changes tend not to happen quickly, either, the researchers observed.

“Large policy shifts are the result of the cumulation of incremental responsiveness over many years,” the authors write in the paper.