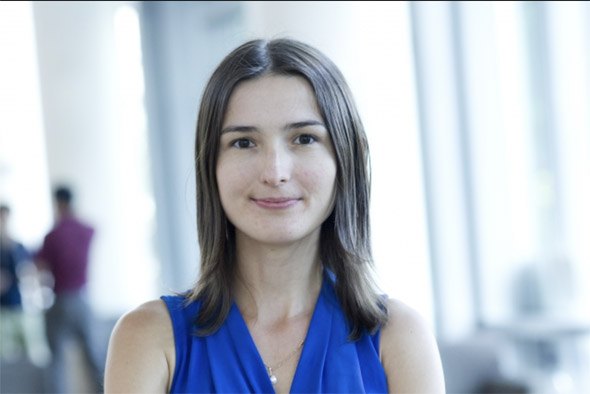 "I have been an immigrant myself and after living for years abroad, understand the problems of making a new home. I have a sense of solidarity with my political science colleagues here, and it is really good to be part of the broader academic community."

Although Volha Charnysh initially distanced herself from her native land of Belarus, she has in recent years found reason to return to her Eastern European roots.

"In graduate school, I was at first reluctant to pursue questions that involved the region where I grew up — I feared it might be boring, or limit me somehow," says Charnysh, a newly-appointed assistant professor of political science. "But then I encountered compelling, quantitative political science on the legacy of violence on national identity and economic development, and I realized I could explore cases from Eastern Europe from fresh perspectives."

Charnysh's focus on the political and economic impacts of major historical conflicts began when she was a doctoral student in government at Harvard University. Pursuing a hunch, she investigated at a detailed, local level the massive population shifts that took place in and around Poland following World War II, a period when the redefinition of national boundaries displaced millions. This work involved a year in Poland, much of it in Warsaw archives, tracking the changing ethnic composition of more than 1,200 communities.

"It was fascinating to me," she says. "It involved an aspect of the war I hadn't known before, and that had a direct impact on the area where I'd grown up."

Charnysh also analyzed economic development before, during, and after the war in these municipalities — some where people had been forcibly resettled, and others where migrants moved voluntarily. She collected data on job creation and public service provision as well, through the end of Communist rule in Eastern Europe in 1989.