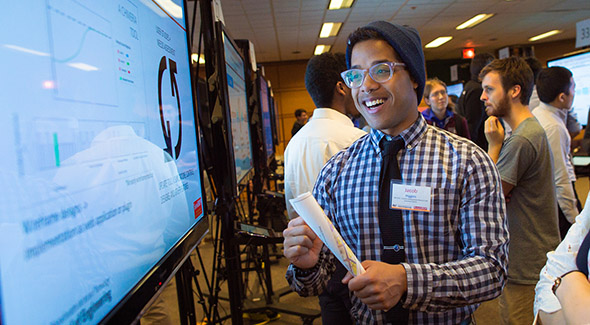 "This SuperUROP calls for an interdisciplinary skill set. I did a lot of coding and computational thinking. And from the humanities side, the critical analysis that I’ve done for Comparative Media Studies prepared me to think of stakeholders and evaluate tools using metrics that are correct for this kind of human-computer interaction field.”

These research projects materialized because the SuperUROP — which launched in 2012 in the Department of Electrical Engineering and Computer Science — was extended to support research projects in MIT's School of Humanities, Arts, and Social Sciences. Thanks to a generous grant from an anonymous donor, nine students participated in the yearlong program as CS+HASS Undergraduate Research and Innovation Scholars.

“The cool thing about CS+HASS is that a lot of computer science is not yet applied to social science and humanities fields,” says Samir Dutta, a junior in computer science with a minor in economics. “You are combining two fields that haven’t been combined that much in the past, so it’s a great opportunity to find new things. You’re pioneering this new type of analysis.” 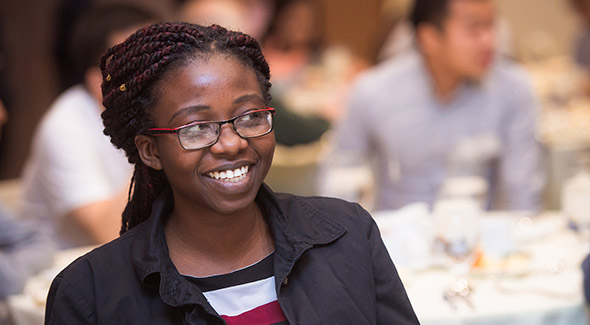 “Realizing that I could leverage my technical background in computer science to drive innovation in the theater arts motivated me to be part of the CS+HASS-SuperUROP. I hope to gain a better understanding of the scope of the communication breakdown within the theater field and help revolutionize how theater is received by society.”

Dutta’s SuperUROP project involved applying machine learning and big data analysis to a dataset of more than 10 billion tariff rate observations with the goal of better understanding the economic and political determinants of tariffs. “His research advances our understandings of the interaction between political institutions and product-level polices,” says In Song Kim, an assistant professor of political science and one of Samir’s SuperUROP advisors.

Mikayla Murphy, a senior in civil and environmental engineering who is minoring in computer science, says that using computer science to advance political science research “felt different” from anything she had done before. For her SuperUROP, Murphy worked on a MIT GOV/LAB project examining local US government websites and rating them for transparency. Her task was to automate the data analysis system to produce useful fact sheets for government officials and the public.

“Being able to do this cross-disciplinary project applying CS to political science has definitely been very interesting,” she says. “I had seen how science labs operate, but in a political science lab it’s different. Seeing how my advisor [F. Daniel Hidalgo, Cecil and Ida Green Associate Professor of Political Science] approaches problems and wants to release all this information to the public—which is not always the goal of scientific research — has been cool.” 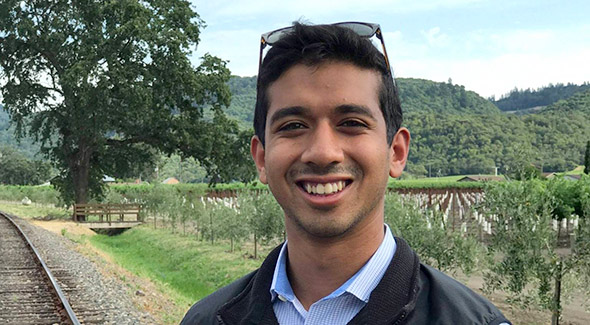 “The cool thing about CS+HASS is that a lot of computer science is not yet applied to social science and humanities fields,” says Samir Dutta, a junior studying computer science and economics. “So it’s a great opportunity to find new things. You’re pioneering a new type of analysis.”

A deep dive for undergraduates

The SuperUROP program consists of a two-semester course (6.UAR) on undergraduate research and at least 10 hours a week in the lab — making it a deep dive into research that is a new experience for many undergraduates.

“This is my first super-real-serious research endeavor, so it’s been a crazy learning experience,” says Jacob Higgins, a junior in comparative media studies who did his SuperUROP with Professor D. Fox Harrell, who has appointments in both Comparative Media Studies and the Computer Science and Artificial Intelligence Laboratory. “Being able to interact with people much further along on their journey as researchers is so valuable to me just starting out.” 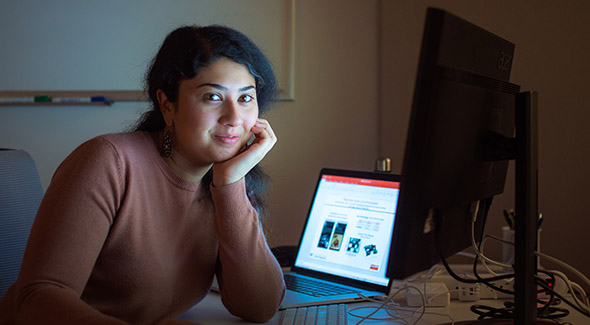 "This project embodies what I love about computer science — its interdisciplinary nature — and combines with another passion: music. I am excited about this opportunity to learn more about signal processing and related topics through my SuperUROP project. It will also be a wonderful way to explore the intersection of music and technology."

For his project, Higgins worked on a tool for applications such as Chimeria Grayscale, a video game intended to spark reflection on topics like sexism in the workplace. The tool is designed to automate the work of developers by ensuring interactive narratives take different paths in response to user inputs.

“It’s a lot of human-computer interaction,” Higgins says, noting that the work called for a truly interdisciplinary skillset. “I did a lot of coding and computational thinking, including applying the fundamentals of software construction I learned in 6.031 to implement the tool. And, from the humanities side, the critical analysis that I’ve done for comparative media studies … prepared me with the kind of thinking I needed to think of stakeholders and evaluate tools using metrics that are correct for this kind of interdisciplinary, human-computer interaction field.” 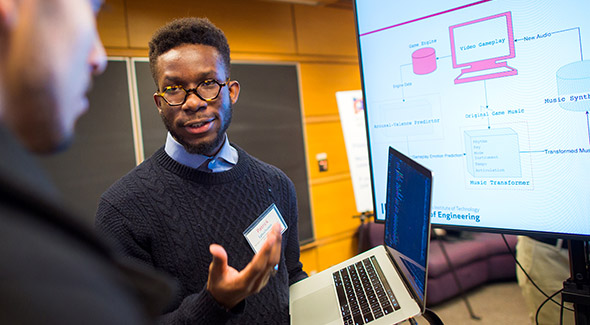 “I've had the opportunity to take many music classes while at MIT, including Professor Eran Egozy's Interactive Music Systems (21M.385), after which I realized that I want to continue doing substantial work that combines music composition with my computer science major. I'm very excited to be able to work on building a new music system with Professor Michael Cuthbert through the SuperUROP program.”

Learn more about the CS+HASS SuperUROP students and their research projects: