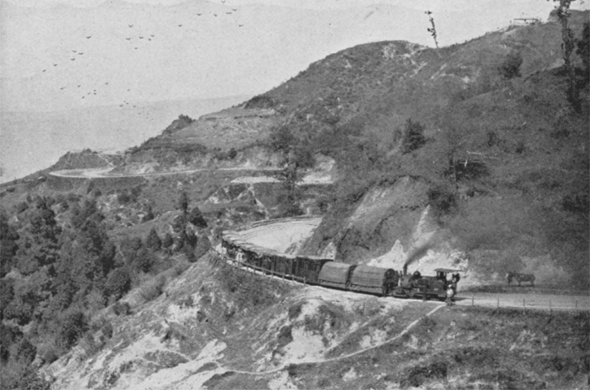 “There is some debate about the difference between economics and economic history. But I don’t really see much of a distinction. History is full of interesting episodes that we can learn from, and if you want to look at data, as I think we should, then you’re always going to be looking at the past.”

Before 1870, India barely had railroads. It didn’t have many canals either, and only a small percentage of the population lived along the three main rivers. So when goods needed to be transported, people used steer, which could pull freight about 20 miles per day.

But the British, India’s colonial rulers, started building rail lines, and then built some more. By 1930, there were more than 40,000 miles of railroads in India, and goods could be shipped about 400 miles a day.

The result? As MIT economist David Donaldson shows in a newly published study on the economic impact of building infrastructure, railroads fostered commerce that raised real agricultural income by 16 percent.

“It shows that in the places where the railroad arrived in India, living standards improved,” says Donaldson, a professor in MIT’s Department of Economics.

Donaldson’s paper on the subject, “Railroads of the Raj: Estimating the Impact of Transportation Infrastructure,” just published in the American Economic Review, may also speak to the importance of infrastructure more broadly. After all, as he notes in the paper, about 20 percent of World Bank lending in the developing world goes to infrastructure projects. And in the United States, debate rolls on about the value of building and refurbishing America’s roads, bridges, railroads, ports, and airports.

The Clark Medal in Economics