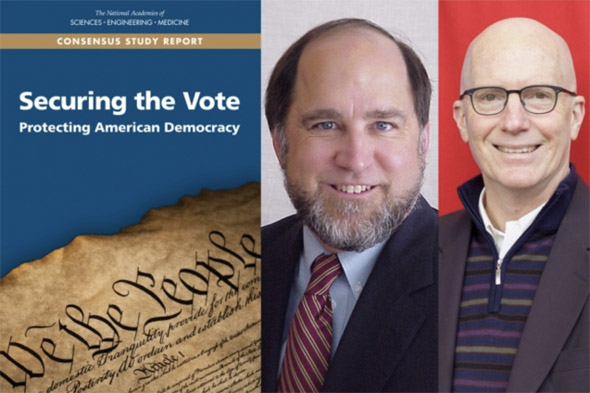 The most secure form of voting technology remains the familiar, durable innovation known as paper, according to a report authored by a group of election experts, including two prominent scholars from MIT.

The report, issued by the National Academies of Science, Engineering, and Medicine, is a response to the emerging threat of hackers targeting computerized voting systems, and it comes as concerns continue to be aired over the security of the U.S. midterm elections of 2018.

The U.S. has a decentralized voting system, with roughly 9,000 political jurisdictions bearing some responsibility for administering elections. However, for all that variation, and while many questions are swirling around election security, the report identifies some main themes on the topic.

“There are two really important avenues that are emerging,” says Charles Stewart, the Kenan Sahin Distinguished Professor of Political Science and founder of MIT’s Election Data and Science Lab. “One is just securing the election, and the other is building in resilience and fail-safe mechanisms.”