MIT economist Jerry A. Hausman elected to the British Academy

UK's national academy for the humanities and social sciences honors Professor Hausman for his distinguished work in the field of economics. 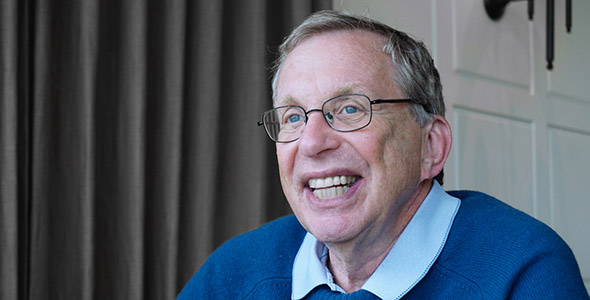 MIT Economist Jerry Allen Hausman, the John and Jennie S. MacDonald Professor of Economics, and a member of faculty of the MIT School of Humanities, Arts, and Social Sciences, has been elected to the British Academy in recognition of his distinction in the field of economics.

One of 76 distinguished scholars to be elected to the British Academy in 2018, Hausman joins a community of over 1400 of the leading minds that make up the UK’s national academy for the humanities and social sciences. 52 Fellows were elected this year from UK universities, with a further 20 — Corresponding Fellows — elected from universities in the US, Australia, the Netherlands, Germany, Hungary, Italy and France. Current Fellows include the classicist Dame Mary Beard, the historian Sir Simon Schama, and philosopher Baroness Onora O’Neill; previous Fellows include Sir Winston Churchill, C.S Lewis, Seamus Heaney, and Beatrice Webb.

The British Academy supports research both in the UK and internationally, functions as a facilitator for debate and engagement, and seeks to elevate the humanities and social science work of top scholars and researchers around the world.

“I am delighted to welcome this year’s exceptionally talented new Fellows to the Academy," said Professor Sir David Cannadine, President of the British Academy. "Including historians and economists, neuroscientists and legal theorists, they bring a vast range of expertise, insights and experience to our most distinguished fellowship. The election of the largest cohort of Fellows in our history means the British Academy is better placed than ever to help tackle the challenges we all face today. Whether it’s social integration or the aging society, the future of democracy or climate change, Brexit or the rise of artificial intelligence, the insights of the humanities and social sciences are essential as we navigate our way through an uncertain present into what we hope will be an exciting future."

Biographical Note
Professor Hausman was a Marshall Scholar at Oxford University, where he received the D. Phil (PhD) in 1973. He has taught at MIT for 30 years in the Department of Economics, and is the Director of the MIT Telecommunications Economics Research Program. In 1985, he received the John Bates Clark Award from the American Economics Association for the most outstanding contributions to economics by an economist under 40 years of age; in 1991, he was elected to the American Academy of Arts and Sciences. His academic research includes numerous papers in econometrics and applied microeconomics. Recent applied research has been in differentiated products and in telecommunications; previous research has been on the effects of taxation on the economy, the economics of aging, and in energy and environmental economics. His recent econometrics papers include estimation of difference in difference models, semi-parametric duration models, weak instruments, and errors in variable in non-standard situations.

Fellows of the British Academy