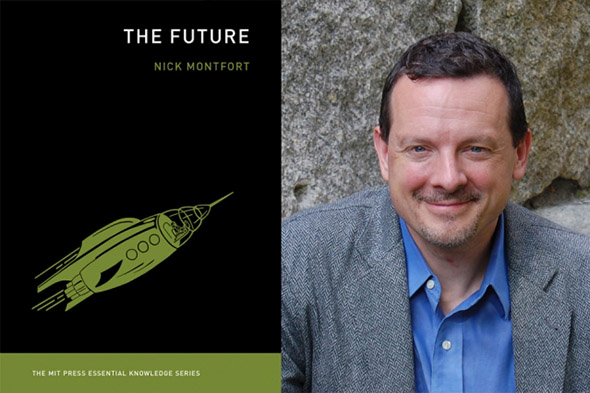 People spend a lot of time trying to predict the future. But shouldn’t we all spend more time trying to influence it? Nick Montfort, a professor in MIT’s Comparative Media Studies/Writing program, examines this question in a book — The Future — published this week by the MIT Press. In Montfort’s view, both thinking about the future and developing innovations are important aspects of what he calls “future-making,” the effort to bring positive change to society. MIT News recently spoke with Montfort about his new work.

Q: Your book contends we should not just try to predict the future but actively engage in “future-making.” What does this mean?

A: I’m trying to draw out a variety of principles from different sorts of people, like [computing pioneer] Douglas Engelbart, or Norman Bel Geddes, who designed the Futurama exhibit that was at both New York World’s Fairs, for General Motors, or Alan Kay’s development of personal computing. Whether you’re an entrepreneur or in an established business, an activist, writer, or artist: How have people productively engaged the future? One thing people have done is presented not just an invention or a disruption, but a vision of how new developments can fit into life.

Some future-makers are designing for established corporations. Others are like Edward Bellamy, the author of [the 1888 bestseller] “Looking Backward,” who wrote an incredibly popular book — it was right up there in sales with “Uncle Tom’s Cabin” and “Ben Hur” — that presented a concept for the United States where we would re-organize society. People would be provided for and pursue their interests; people who had undesirable jobs would work fewer hours and people who had desirable jobs would work longer hours. Utopian communities were influenced by things Bellamy wrote about. So I’m looking at people who tried to make the future in different ways. In all cases what they’ve done is not think only about society, or only about inventions, but tried to think systematically about both.