3 Questions: Ariel White on the impact of incarceration on voting 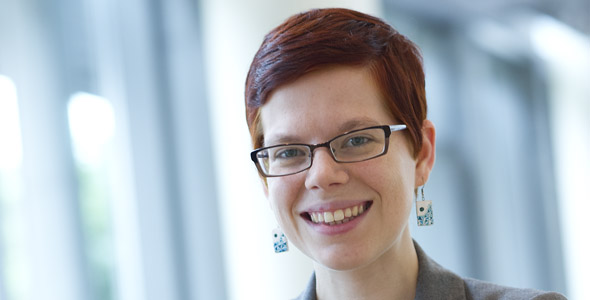 Ariel White is an assistant professor of political science at MIT, where she researches voting and voting rights, race, the criminal legal system, and bureaucratic behavior. White uses large datasets (and sometimes experiments) to measure individual experiences and to shed light on people's everyday interactions with government. Her research has appeared in the American Political Science Review, Science, Political Behavior, and other journals.

Q: Your research has shown that even brief jail terms can depress voting. Given the United States’ extremely high incarceration rate, what are the implications of this finding for representative democracy in this country?

A: First, we have an enormous — and enormously racially disparate — system of arrest, conviction, and incarceration in this country. We incarcerate far, far more people than comparable countries. And then we also deny more people the vote than other countries, because some U.S. states prevent people from voting after felony convictions. As a result, many people are caught up in this system, and millions are legally prevented from voting even after they get released.

People of color, particularly African-Americans, are especially likely to be legally barred from voting — partly because of higher conviction rates and partly because they’re especially likely to live in states with strict disenfranchisement laws. This isn’t a coincidence; felon disenfranchisement laws in the South have a fairly explicit history of being targeted at African-Americans.

What’s more, my work suggests that felony disfranchisement (legal restrictions on voting by people convicted of felonies) is just the tip of the iceberg when it comes to voter participation. The people whose cases I studied were all facing misdemeanor, not felony, charges, which means that everyone sent to jail was still eligible to vote in the next election. These are people convicted of things like “stealing something worth less than $500,” which is not the sort of offense that we as a society have decided should result in disenfranchisement. Nevertheless, my research found spending time in jail was life-changing enough that these people became less likely to make it to the polls afterward.

Similarly, in states where people with felony convictions are allowed to vote, we still see them participating at really low rates. This means that there is an enormous number of people not voting, disproportionately concentrated in poor and minority neighborhoods. These neighborhoods may already struggle to get the attention of their elected representatives, and low voter turnout is not going to help the situation. 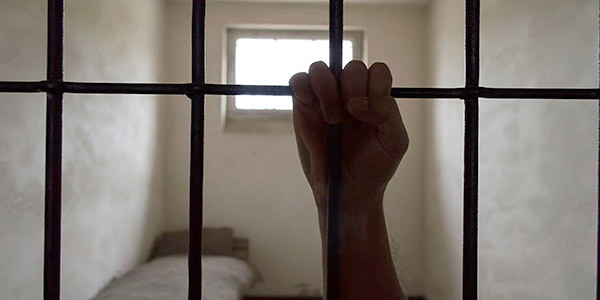 "My work suggests that we should also worry about jail’s political consequences, even in the case of short jail terms. The legal system disproportionately pushes black voters out of the electorate, and the problem goes far beyond felon disenfranchisement."

— Ariel White, in a commentary for The Washington Post

Q: Are there proposals on the table that would allow more people to vote after having been incarcerated?

A: Yes. A number of states have been considering changes to their felony disenfranchisement policies to give more people the right to vote after a felony conviction, often by removing lifetime bans or by allowing people to vote while they are on probation or parole. Florida got a lot of attention last year when voters approved Amendment 4, which would allow people convicted of felonies to vote once they have completed their sentences. But it's not clear how many people have been re-enfranchised by this change — because after voters approved Amendment 4, the Legislature decided that people won't be able to vote until they've paid any outstanding fines or fees they owe from their cases. With that barrier in place, it's hard to know how many people will actually qualify.

Also, felony disenfranchisement is just part of the story about how the criminal legal system affects democracy, as I’ve explained. I'm keeping a close eye on several other initiatives, including efforts to enable people to vote from jail. Many people serving time in jail have only been convicted of misdemeanor offenses; others may not have been convicted of anything at all but are being held in jail while their cases proceed because they can't afford bail. In theory, people in both these categories have the right to vote. In practice, however, it can be very difficult to exercise that right.

Illinois recently passed a law to make it easier for people in these circumstances to vote, including setting up a temporary polling location inside the Cook County Jail. Some states have also introduced programs that inform people about their right to vote, such as when they are released from prison or complete parole. And, of course, broader criminal justice reform efforts that seek to reduce the use of jails and prisons could also have ripple effects for our electoral system.

"Many of the proposals we've seen lately for making voting more accessible or re-enfranchising people have come from previously incarcerated people. So I think one important way to expand multidisciplinary thinking is for academic researchers to collaborate with people with a firsthand understanding of how policies play out on the ground."

Q: MIT President L. Rafael Reif has said that solving the great challenges of our time will require multidisciplinary problem-solving and “bilingual thinkers” — approaches that, from the beginning, bring together insights and expertise from the scientific, technological, and humanistic fields.  In what ways do you think multidisciplinary collaboration can be used to improve American elections?

A: Multidisciplinary approaches can help us think both about frontline changes to election administration and about higher-level questions of voting policy. My colleague in political science, Professor Charles Stewart III, founded an amazing lab here at MIT — the MIT Election Data and Science Lab (informally, the MIT Election Lab) — that's a great example of this kind of collaboration.

The lab brings social scientists, computer scientists, and mathematicians together with election administrators and other practitioners, and they all dig into the nitty-gritty details of how to make elections run better. This can mean the ways we draw district maps, or how we choose voting machines, or how we tabulate votes and audit counts to make sure they're accurate. I think that's a great model for cross-disciplinary work.

There's also a broader lesson here for multidisciplinary work: While academics have useful tools and data, it's critically important to hear from people with personal knowledge of voting policies. Many of the proposals we've seen lately for making voting more accessible or re-enfranchising people have come from previously incarcerated people. So I think one important way to expand multidisciplinary thinking is for academic researchers to collaborate with people with a firsthand understanding of how policies play out on the ground.

Commentary by Ariel White in The Washington Post: Even very short jail sentences drive people away from voting