Insights on climate communications from two top US climate journalists, both alumna of our Graduate Program in Science Writing 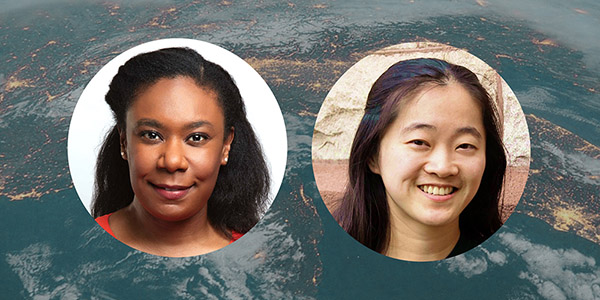 "As a journalist, my role is to inform people about what is happening in the world, and that ranges from documenting what is already taking place because of climate change, to detailing scientific analyses in terms regular people can understand, to holding truth to power, and getting people to understand what their governments are doing."

Kendra Pierre-Louis, SM'16 is a climate reporter for Gimlet, the podcasting company, and is the author of Green Washed: Why We Can’t Buy Our Way to a Green Planet. Previously she served on the Climate Desk at The New York Times, and as a staff writer for Popular Science. Her writing has also appeared in FiveThirtyEight, The Washington Post, Newsweek, Modern Farmer, and Slate.

Lisa Song, SM'09 is an investigative climate/environment reporter at ProPublica and the co-author of “The Dilbit Disaster,” which won a Pulitzer for national reporting. She joined ProPublica in 2017 after six years at InsideClimate News, where she was on the team that revealed Exxon’s shift from conducting global warming research to supporting climate denial.

SHASS Communications interviewed Pierre-Louis and Song shortly after their recent visit as the featured speakers at an MIT Communications Forum event.

Q: Over the past 5-6 years, have you seen any decrease in the level of climate denial in the US, and if so, what do you think has contributed to that?  In your experience, what are the primary kinds of information sources, stories, or experiences that awaken people to the climate crisis and catalyze them to action?

Lisa Song: According to the Yale Program on Climate Communications, the proportion of Americans who dismiss or doubt climate change has declined over the past five years, while those who are most concerned about global warming has gone up. There are a lot of possible factors: the growing youth-led activism movement, the frequent extreme weather disasters (wildfires, hurricanes, floods), and increasing media attention.

I was astounded by the number of reporters I saw in the press tent during the UN Climate Change Summit in September; it was a sign that climate change is now less of a "niche" topic and something more mainstream and vital to all publications. I imagine it's harder to ignore the issue when everyone's talking about it and when there are clear and devastating impacts on communities all over the country.

Kendra Pierre-Louis: I think for me it's less about a decrease in denialism and more an increase on interest and engagement. I was in a Russian banyan once and the conversation somehow turned me towards explaining how climate models work; people were generally interested, and I don't think that interest was there so strongly five years ago. We've had several very prominent disasters in recent years from Hurricanes Harvey, Maria, and Michael, to the Midwest floods, to the escalation of California's climate season that has connected the dots for a lot of people between what scientists and climate reporters have been saying for years and how that relates to their daily life.

A lot of people want to do something now, but because climate change is a broad social problem — one we can't solve individually — the hard part is to know what acting on it in that context means. I can't really speak to catalyzing people into action because as a journalist that isn't my role; my role is to inform people about what is happening in the world, and that ranges from documenting what is already taking place because of climate change, to detailing scientific analyses in terms regular people can understand, to holding truth to power, and getting people to understand what their governments are doing.

A piece I work on with two of my colleagues is a tracker that simply looks at the environmental regulations that are being rolled back under the Trump administration. We're literally just presenting facts in a neutral way, but it resonates with people because it helps them parse through and see all at once what's happening in their government. 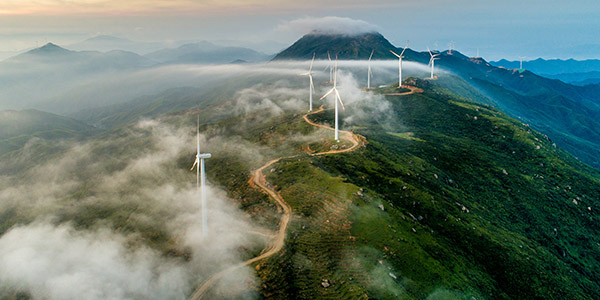 "We have the technologies and science to dramatically reduce greenhouse gas emissions, so progress ultimately depends on political will...The Democratic candidates for president have proposed more sweeping climate strategies than we've ever seen. Whatever you think of these tactics and plans, they're clearly changing how we discuss global warming and the need for real change."

Q: What progress do you think might be possible, over the next 10-20 years, in addressing the climate crisis?  What that you see — in the scientific, policy, educational, or cultural arenas — gives you hope?

LS: We have the technologies and science to dramatically reduce greenhouse gas emissions, so progress ultimately depends on political will. I'm encouraged by the growing public recognition that we'll need systemic change; people are getting sick of being told changing our personal habits (recycling, buying secondhand clothes, etc.) will fix everything on its own. The demand by activists for bold solutions will only grow, and there's an increasing push for corporate accountability from the oil and gas industry, through various lawsuits. The Democratic candidates for president have proposed more sweeping climate strategies than we've ever seen. Whatever you think of these tactics and plans, they're clearly changing how we discuss global warming and the need for real change.

KPL: Years ago I toured this monolithic cathedral, literally a church that they say was "built from a single stone." It took over 300 years to complete which means most of the monks who worked on it never saw their work completed and had no idea if it would be completed. I think maybe they wanted to or hoped it would be completed, but also they did the work because the work itself was a kind of meditation and a reason to exist.

I think about that a lot when people ask me — and this question comes up frequently — about what gives me hope. Hope, to me, is a desire for a specific outcome. Often when you're working with hope in mind, what motivates you is not the work that you are doing in the moment, but the outcome. The thing with that, for me, is that I can't predict the outcome. I have no idea if we're going to reign in greenhouse gas emissions enough to avoid the worst effects of climate change. But if I did know that that a bad outcome was a total certainty, what is the alternative? Working to make the problem worse? To put it in Marvel superhero parlance: if you know Hydra is going to win do you join their side so you're just on the winning team? Of course not. So for me, hope as related to climate change isn't really part of the equation of how I think about things. 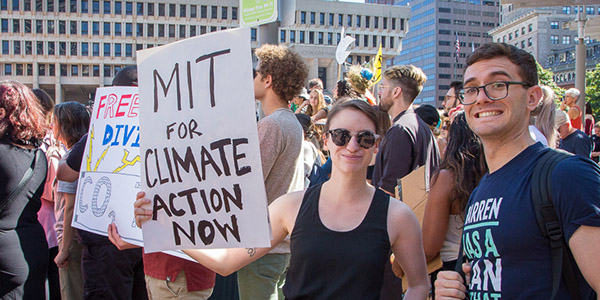 "From zoning codes to economic policies that push certain people onto marginal lands, disasters in many cases can be mitigated if not completely avoided. But talking about them as 'natural,' which often turns into inevitable, has led to a certain passivity in how we think about them and deal with them as society. This is only beginning to change now — because the disasters are becoming more and more severe."

Q: The climate crisis clearly invokes a lot of fear from folks worried about the livability of the Earth. Some activists would like to see more urgent language used in climate reporting. Can you say how journalistic principles guide your reporting on something as emotionally charged as climate change?

LS: I worry less about whether to use terminology like "climate chaos" or "climate crisis," and more about the story itself. Since my newsroom is focused on investigative reporting, I'd argue all of our stories have a sense of urgency: our articles identify problems, those responsible for causing them, and the damage it has on people and communities. I've occasionally used terms like "climate crisis," but only in the appropriate context — for example, in a section of a story that describes the growing awareness of the scope of climate change and rising demand from the public to solve it.

I would rather use terms that readers are familiar with, like "climate change" and save the less common phrases for situations where it really makes a point. If I've done my job correctly, by thoroughly reporting an article with all the facts, human stories, and context, then the success of the story shouldn't depend on whether I use a particular phrase for climate change.

KPL: I can't speak for other journalists or other institutions. For me, I report on a lot of the science of climate change and that means using scientific adjacent language: "climate change" has a scientific meaning, "climate crisis" does not. At the same time, I think that repeating terms, like climate crisis, can actually reduce the underlying urgency. We use all sorts of words like "opioid epidemic" and "war on cancer" but the underlying problems still remain. Phrases can lose their heft and can obscure the severity of the thing they're trying to capture. George Orwell gets into this pretty magnificently in his essay “Politics and the English Language.”

That said, I'm human, which means imperfect, so while I try to be thoughtful about my language I too turn to tropes when I'm tired or busy. But I try to avoid them in favor of clearer descriptive language. There are parallels to this in the usage of the phrase, "natural disaster," which I've learned, from natural hazard experts, to avoid. A hurricane, a wildfire, a tornado for example are all natural hazards. They become disasters when they impact a human population, and often there's nothing "natural" about that.

From zoning codes to economic policies that push certain people onto marginal lands, disasters in many cases can be mitigated if not completely avoided. But talking about them as "natural," which often turns into inevitable, has led to a certain passivity in how we think about them and deal with them as society. This is only beginning to change now —  because the disasters are becoming more and more severe.

Kendra Pierre-Louis | climate reporter at Gimlet, the podcasting company
Previously she was a climate reporter with The New York Times, a staff writer for Popular Science (PopSci) where she wrote about science, the environment, and, occasionally, mayonnaise. In addition, her writing has appeared in FiveThirtyEight, The Washington Post, Newsweek, Modern Farmer, and Slate.

Politics and the English Language, essay by George Orwell
About the Essay | Audio Recording

Video of the Communication Forum Event