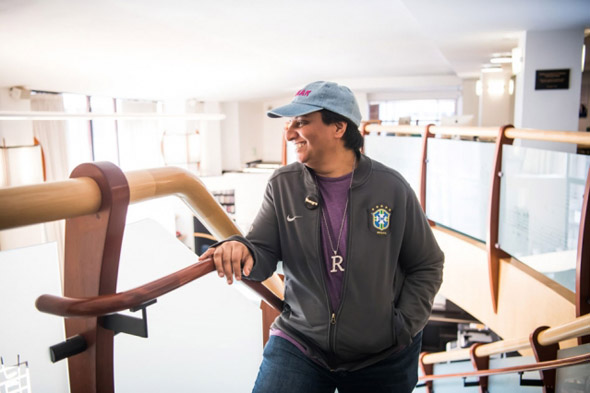 “The world is open in some ways, but I want to be more intentional and think about what I want to do in the world. I’m in a great space of privilege in having an art career and now having this educational experience. Coming [to MIT] has definitely opened doors in opportunities and in my way of thinking.”

Rekha Malhotra joined MIT’s Comparative Media Studies program as a master’s student after 20 years as a flourishing New York City DJ. She has also accrued major accolades for other artistic endeavors: She was the sound designer for a Tony Award-winning Broadway show and a New York University artist in residence, and she has been inducted into People’s Hall of Fame in New York City.

All of these laurels arose from Basement Bhangra, a wildly popular monthly club night that Malhotra began in 1997. The show mixed traditional Punjabi dance music, called bhangra, with old-school hip hop, a fusion Malhotra helped to bring from the U.K. to the U.S. in the 1990s.

At the time, she says, many club owners discouraged or outright banned the genres because South Asian producers didn’t want to hear black music or the “lower-class” bhangra. But Malhotra was undeterred. “I love these two styles of music, and I didn’t want to water it down. I didn’t want anybody to tell me what I can and can’t play,” she explains. Her perseverance paid off: Since then, Malhotra has DJ’ed everywhere from celebrity weddings to the Obama White House to the historic Women’s March on Washington in 2017.