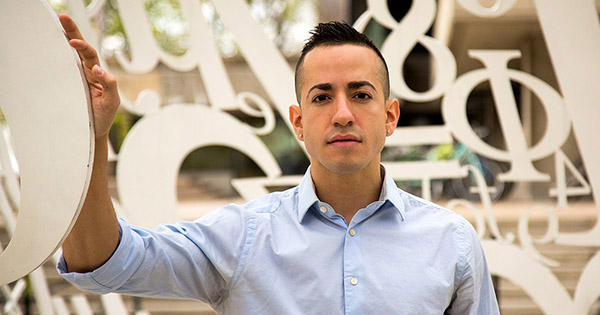 “How do these server spaces work? How has the Cloud shaped these small, professional communities?”

The Cloud’s very name reflects how many people think of this data storage system: intangible, distant, and disentangled from day-to-day life. But MIT Anthropology PhD student Gonzalez is reframing the image and narrative of an immaterial Cloud. In his research, he’s showing that the Cloud is neither distant nor ephemeral: It’s a massive system, ubiquitous in daily life, that contains huge amounts of energy, has the potential for environmental disaster, and is operated by an insular community of expert technicians.

Who's tending the Cloud?

“People so often rely on Cloud services,” Gonzalez notes, “but they rarely think about where their data is stored and who is storing it, who is doing the job of maintaining servers that run 24/7/365, or the billons of gallons of water used daily to cool the servers, or the gigawatts of electricity that often come from carbon-based grids.”

The first time Gonzalez walked into a server farm, he was enthralled and puzzled by this giant factory filled with roaring computers and by the handful of IT professionals keeping it all running. At the time, he was working with specialized sensors that measured air in critical spaces, including places like the server farm. But the surreal facility led him back to his undergraduate anthropological training: How do these server spaces work? How has the Cloud shaped these small, professional communities?

Gonzalez has been fascinated with visible, yet rarely recognized communities since his first undergraduate ethnography on bus drivers in the small New Hampshire city of Keene. “In anthropology everyone is a potential teacher,” he says, “Everyone you encounter in the field has something to teach you about the subject that you’re looking at, about themselves, about their world.” 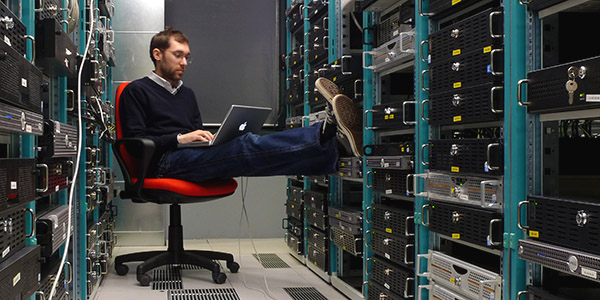 "In his research, Steven Gonzales is showing that the Cloud is neither distant nor ephemeral: It’s a massive system, ubiquitous in daily life, that contains huge amounts of energy, has the potential for environmental disaster, and is operated by an insular community of expert technicians."

Listening — and a lot of patience — are skills with which Gonzalez cultivated the technical expertise to understand his subject matter. Cloud communities are built around and depend on the technology they maintain, and that technology in turn shapes their behavior. So far, Gonzalez has completed his undergraduate and Masters research and degrees, and is currently wrapping up PhD coursework en route to his dissertation. He’s visited server farms across North America and in Scandinavia, where farm operators are seeking to go carbon-free in order to cut the cloud’s carbon emissions, which comprise up to 3 percent of greenhouse gases, according to Greenpeace.

The server farm technicians function in an extremely high-stakes world: not only is there a massive amount of energy expended on the Cloud, but even a few moments of downtime can be devastating. If the systems go down, companies can lose up to $50,000 per minute, depending on what sector (financial, retail, public sector, etc) and which server racks are affected. “There’s a kind of existential dread that permeates a lot of what they say and what they do,” Gonzalez says. “It’s a very high-stress, unforgiving type of work environment.”

In response to these fears, Gonzalez has noted some “macho” performances in language and behavior by Cloud communities. The mostly male Cloud workforce “tend to use very sexual language,” Gonzalez observes. For instance, when all the servers are functioning properly it’s “uptime”; “They’ll use sexualized language to refer to how ‘potent’ they are or how long they can maintain uptime.”

The Cloud communities aren’t exclusively male, but Gonzalez says visibility for women is a big issue. Women tend to be framed as collaborators rather than executors. Tied up in this sexist behavior is the decades-old patriarchal stereotype that technology is a male domain in which machines are gendered in a way that makes them subordinate.

Although anthropological research is the focus of his academic work, Gonzalez’s interests at MIT have been expansive. With the encouragement of his advisor, Professor Stefan Helmreich, he’s kept his lifelong interest in music and science fiction alive by singing in the MIT Jazz and Concert Choirs and taking coursework in SF writing. He also enjoyed exploring coursework in history, documentary making, and technology courses. Anthropology is the first among several passions he first discovered during explorations as an undergraduate at Keene State College.

“For me, what makes anthropology so capacious is just the diversity of human experience and the beauty of that,” says Gonzalez. “The beauty of so many different possibilities, different configurations of being, that exist simultaneously.”

Gonzalez was born in Orlando, Florida to Puerto Rican parents who made sure he always had a connection with the island, where he would spend summers with his grandmother. A first-generation college student, Gonzalez says it was never a given that he would even go to college, let alone earn a doctorate: “I never would have imagined that I would have ended up here. It’s a sad reality that as a Latino person in this country I was more likely to end up in prison than in a place like MIT. So I had — and I still do — immense respect and awe for the Institute. MIT has a mystique and when I first arrived I had to deal with that mystique, getting over the sense that I don’t belong.”

He had big expectations about entering a hugely competitive institution but was surprised to find that in addition to its competitive edge, the Institute was incredibly supportive. “The thing that surprised me the most was how open everyone’s door was.”

Gonzalez has become more and more deeply involved with the campus goings-on: he's now a Diversity Conduit for the Graduate Student Council Diversity & Inclusion Initiative and is also part of an MIT student initiative that is exploring Institute ties and possible investments in the Prison Industrial Complex.

“I’m just incredibly grateful to be here and to have the support and the privilege to be able to explore what I hope are important ideas about the Cloud and the future of data storage,” says Gonzalez, “including how the Cloud can be sustainable, and how the social sciences can be important and informative in that cause.”