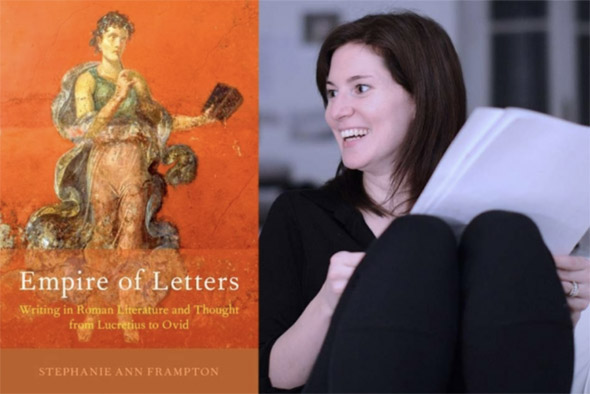 I think it’s analagous to early computing,. The way we talk about the mind now is that it’s a computer. … We think about the computer in the same way that [intellectuals] in Rome were thinking about writing on wax tablets.

The Roman poet Lucretius’ epic work “De rerum natura,” or “On the Nature of Things,” is the oldest surviving scientific treatise written in Latin. Composed around 55 B.C.E., the text is a lengthy piece of contrarianism. Lucreutius was in the Epicurean school of philosophy: He wanted an account of the world rooted in earthly matter, rather than explanations based on the Gods and religion.

Among other things, Lucretius believed in atomism, the idea that the world and cosmos consisted of minute pieces of matter, rather than four essential elements. To explain this point, Lucretius asked readers to think of bits of matter as being like letters of the alphabet. Indeed, both atoms and letters are called “elementa” in Latin — probably derived from the grouping of L,M, and N in the alphabet.

To learn these elements of writing, students would copy out tables of letters and syllables, which Lucretius thought also served as a model for understanding the world, since matter and letters could be rearranged in parallel ways. For instance, Lucretius wrote, wood could be turned into fire by adding a little heat, while the word for wood, “lingum,” could be turned into the world for fire, “ignes,” by altering a few letters.

Students taking this analogy to heart would thus learn “the combinatory potential of nature and language,” says Stephanie Frampton, an associate professor of literature at MIT, in a new book on writing in the Roman world.

The book at Oxford University Press