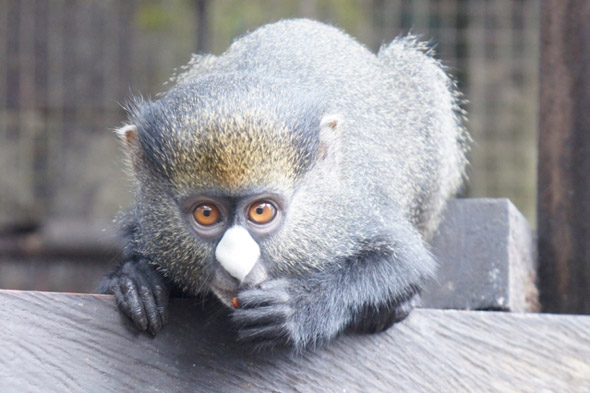 “There’s been all this effort to teach monkeys human language that didn’t succeed. But that doesn’t mean we can’t learn from them.”

The utterances of Old World monkeys, some of our primate cousins, may be more sophisticated than previously realized — but even so, they display constraints that reinforce the singularity of human language, according to a new study co-authored by an MIT linguist.

The study reinterprets evidence about primate language and concludes that Old World monkeys can combine two items in a language sequence. And yet, their ability to combine items together seems to stop at two. The monkeys are not able to recombine language items in the same open-ended manner as humans, whose languages generate an infinite variety of sequences.

“We are saying the two systems are fundamentally different,” says Shigeru Miyagawa, an MIT linguist and co-author of a new paper detailing the study’s findings.

That might seem apparent. But the study’s precise claim — that even if other primates can combine terms, they cannot do so in the way humans do — emphasizes the profound gulf in cognitive ability between humans and some of our closest relatives.