Heather Paxson, interim head of MIT Anthropology, explains the vision and challenges for the emerging plan. 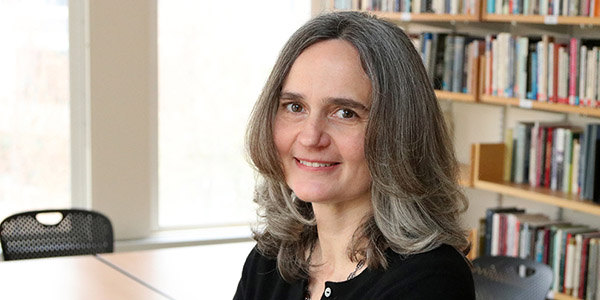 "This historic gathering brought leaders and stakeholders in anthropological knowledge-sharing into the same room to compare notes. We emerged with the outline of a pilot project to move scholarly journals to Open Access publishing, at a disciplinary scale."

Publishers, librarians, research funders, and leaders from across the field of anthropology — including journal editors and representatives of the major Anglophone anthropological societies of both Europe and North America — gathered at MIT on April 24, 2019 for an invitational workshop focused on a sea change for everyone who attended: moving the discipline’s journals to an Open-Access (OA) model.

Currently, the expense of academic publishing creates significant barriers to the broad dissemination of scholarly findings. The goal of the workshop was to consider a new model for providing open access to journal publications in a way that could transform both anthropology and a full range of academic disciplines.

Q: Why is Open Access (OA) so important for academic publications, and why has it been so difficult to achieve up until this point?

A: As a mechanism for sharing knowledge freely, open access publishing promotes the advancement of science by fostering dialogue and constructive engagement among scholars around the world. Today, with much of our scholarly knowledge gated behind steep paywalls, scholars and students affiliated with wealthier institutions have easier access to more information than others. Consequently, it can be difficult for researchers in the global south — and at under-resourced institutions anywhere — to keep up to date with citations and this, in turn, limits their opportunity to be published in leading journals. OA has the potential to break down this barrier and to make the production of knowledge — not only its consumption — more inclusive, comprehensive, and experimental.

In keeping with MIT Open CourseWare and MITx, open access publishing is part of a broader commitment to inclusive, democratic knowledge-making. As the Institute’s Ad Hoc Faculty Task Force on Open Access underscores in its Draft Recommendations, OA publishing is fully in line with MIT’s vision, “that science and knowledge progress more quickly and can more readily be applied to solving the world’s biggest challenges when shared openly.”

The biggest challenge to OA publishing is ensuring sustainable funding. Who will pay the bills to provide free access to knowledge? Publishers, after all, are also in the business of making money. The project of OA is nothing less than to clear a new commons within an economy of publishing that has come, too often, to put profit before science.

Research libraries have been leading the way in calling for Open Access. They would prefer to see their subscription costs directly support the work of students and researchers rather than generate corporate profits, but their own budgets are precarious. 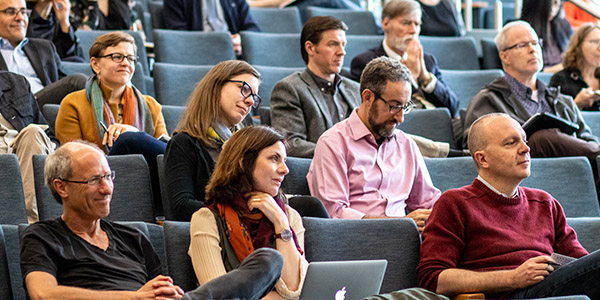 Q: What are the key features of the new “Library + Funder” model proposed by the anthropology journal collective Libraria, and what are its pros and cons?

A: The Library+Funder (L+F) model proposed by Libraria at our MIT workshop acknowledges the complexity of today’s knowledge ecology and includes all players who participate in the production and distribution of scientific and humanistic knowledge: scholarly journals and societies, research granting agencies, publishers, and libraries.

The basic idea is to ask granting agencies to support the open publication of their funded research so that findings may reach a wider audience, with libraries covering remaining publication costs out of the subscription fees they’re currently paying to for-profit publishers who keep articles behind paywalls, or impose steep Article Processing Charges [APCs] to open articles on an individual basis.

The major “pro” of this funding model is that it offers a way around a problem currently common to open access publishing — namely, the exploitation of underpaid or volunteer labor of production staff, or of the goodwill of authors and their backing institutions in paying APCs. By escaping proprietary agreements, the L+F model also promises greater budgetary transparency and access to data analytics for all involved.

As discussed at the MIT workshop, a major challenge of the proposed model is bringing research funders on board. The agencies that support anthropological research represent a variety of organizational structures, each raising its own set of issues. For example, for a small private research foundation also to invest in publishing might require shifting limited resources away from funded research.

Meanwhile, national foundations like NSF and NIH would require a change in federal law to be able to collaborate with individual journals, since their expenditures are currently required to be via grant, cooperative agreement, or competitively-bid contract. Such structural diversity poses bureaucratic challenges to setting up a mechanism for the broad participation by funders suggested by the L+F model.


Q: What consensus, if any, was reached by participants in MIT’s invitational workshop on open access? Can you describe the next steps?

A: Inspired by the day’s discussions, Berghahn Journals and Libraria will devise a “subscribe-to-open” package to provide research libraries with the option of supporting the move of 13 Berghahn anthropology journals to open access in 2020. With library support, the Berghahn 13 will become the biggest block of titles to move from closed subscriptions to open access within a single discipline since the SCOAP3 agreement converted 12 titles in high energy physics to OA in 2012.

As a pilot project, the Berghahn + Libraria bundling of 13 anthropology titles offers an opportunity to collect data and measure success that may inspire further confidence in open access. As such, the pilot represents the first phase of a larger Libraria initiative that will include: continuing to seek ways that granting agencies can more directly support the open publication of funded research; recruiting additional anthropology journals to the Berghahn + Libraria open package; and exploring ways of supporting similar initiatives across other disciplines.


Q: In what ways do you think this workshop has advanced the goals of Open Access, and what benefits do you hope to accrue — both to the field of anthropology and perhaps to other disciplines considering the move to OA?

A: The workshop represented an historic gathering of leaders — from across the U.S. as well as from Canada, Europe and the UK — in all the sectors involved in making available the results of anthropological research to scholars and interested publics around the world. We took a tremendous step forward by bringing everyone into the same room, with stakeholders comparing notes amongst themselves and also with each other. And we emerged with the outline of a pilot project that may yet lead the way in moving scholarly journals to Open Access publishing at a disciplinary scale.